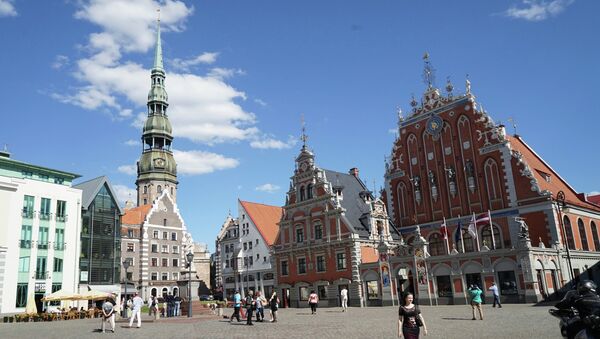 The first six refugees from Syria and Eritrea have arrived in Latvia from Greece under the EU migrant relocation program, Latvian Interior Ministry’s press service said in a statement on Saturday.

Demonstrators Set to Protest in Vilnius Against EU Refugee Plan
MOSCOW (Sputnik) — Earlier in February, Ilze Petersone-Godmane, the state secretary of Latvia's Interior Ministry, said that no migrants seeking refuge in Europe had expressed willingness to relocate to Latvia.

The country is due to take in some 770 people from North Africa and the Middle East under the EU relocation plan.

"Six people in need of international protection have arrived in Latvia in accordance with the European resettlement program. Two families arrived from Syria and Eritrea, including two pre-school children," the statement reads.

In late January, the deputy head of Latvia's Office of Citizenship and Migration Affairs, Maira Roze, said that first refugees were expected to arrive in Latvia during the second week of February. Ten people are due to come in February, while another 30 are expected in March.