Demonstrators Set to Protest in Vilnius Against EU Refugee Plan 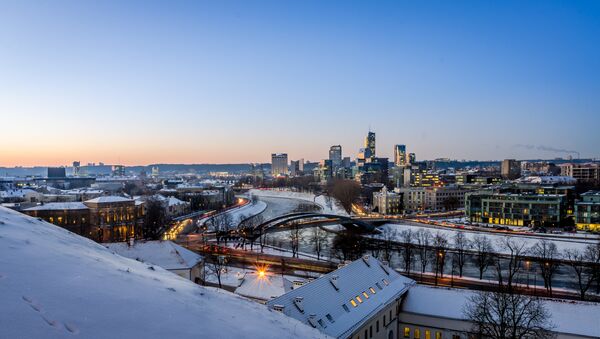 A public committee against forced migration and the National Interest association will hold a protest in Vilnius on Saturday, during which they aim to present a petition against the European refugee resettlement plan, the association said in a statement.

IOM Urges EU States to Speed Up Refugee Relocation Process
VILNIUS  (Sputnik) – The Vilnius civil action is part of a wave of protests in Europe to be held on the same day in 16 EU countries. People will take to the streets in Dresden, Prague, Bordeaux, Bratislava, Warsaw, Amsterdam, Wroclaw, Birmingham and other cities.

The protesters will demand to cancel the adopted amendment to the Lithuanian law, which allows the country to resettle migrants from North Africa.

“Today, citizens, community organizations and not only political parties and social movements, are invited to the joint protest against illegal immigration, establishment of radical Islam and the inaction of the central national and European authorities,” the statement reads.

As part of the EU refugee resettlement plan, last year, the Lithuanian government agreed to Brussels’ proposal to take in 1,105 refugees from Syria, Iraq and Eritrea by 2017.