End of Cooperation? China Rebuffs US Demand for Pressure on North Korea 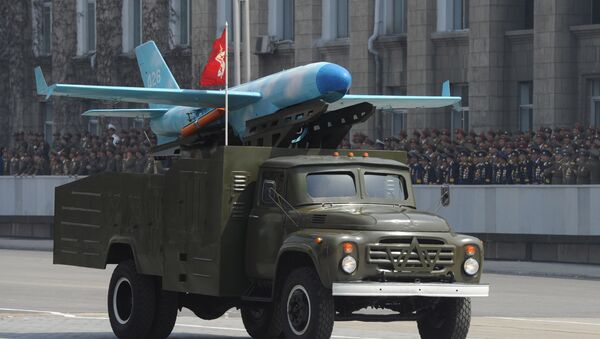 Despite years of cooperating in multiparty talks regarding their policies handling North Korea, it appears the partnership between the US and China is starting to come apart as Beijing appears reluctant to kowtow to Washington's desire to bring down more pressure on Pyongyang in light of nuclear tests.

US President Barack Obama has taken yet another shot at persuading Chinese president Xi Jinping to bring more pressure to bear on Pyongyang in terms of North Korea's recent announcement of a nuclear test last month.

North Korea Changes Satellite Launch Dates
While both Washington and Beijing have come out in condemnation of North Korea’s test of a nuclear weapon, calling on an “impactful” United Nations Security Council Resolution, they appear divided on the framework for such a resolution, reports China Cheat Sheets.

North Korea is prohibited by UNSC resolutions from developing nuclear weapons or ballistic missiles but Pyongyang has often flaunted their efforts to create a nuclear program.

“In our conversations at a diplomatic level with the Chinese in particular, we encouraged them to work with us and develop potential options,” said White House Press Secretary Josh Earnest said. “They have unique influence over the North Korean regime.”

Historically, China has been the real ally and has become a quintessential trading partner to the pariah nation and appears reluctant to threaten unilateral sanctions.

The US, however, is considering a number of options the White House says it has available to them under the UN resolutions. In addition to the nuclear test last month, the UN International Maritime Organization also announced North Korean authorities notified them of an upcoming missile launch to put a satellite into orbit. The combination of nuclear tests and such rocket capabilities has Washington concerned.

Beijing, however, has expressed a greater desire for dialog with Pyongyang.