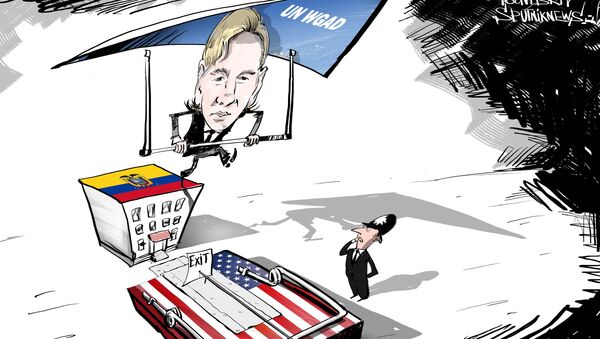 A UN human rights panel decided on Friday that WikiLeaks founder Julian Assange has been detained in violation of international law. But how soon will he be able to leave the Ecuadorian embassy in London?

The UN Working Group on Arbitrary Detention (WGAD) announced that it considered Assange as being arbitrarily detained inside the Ecuadorian Embassy in the United Kingdom, and called on Britain and Sweden, where he has been accused of sexual assault, to free the whistleblower and respect his right to movement.

However, he will unlikely be able to leave the Ecuadorian embassy in the near future because it is "too dangerous," Assange’s friend, Gavin MacFadyen, said.