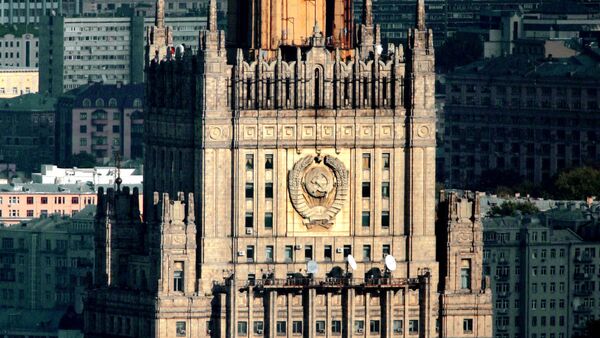 Deputy Foreign Minister said that Russia does not exclude a scenario where representatives of the Syrian government and opposition visit Moscow for consultations on the prompt resumption of intra-Syrian talks.

Russia 'Part of Solution' to Crisis in Syria - Finnish Prime Minister
MOSCOW (Sputnik) – Russia does not exclude a scenario where representatives of the Syrian government and opposition visit Moscow for consultations on the prompt resumption of intra-Syrian talks, Russian Deputy Foreign Minister Mikhail Bogdanov said Friday.

"Certainly, of course," Bogdanov said, answering a question on whether a visit by the Syrian foreign minister and members of the opposition to Moscow in order to discuss the issue could be expected.

According to Bogdanov, Moscow is in constant, practically daily, contact with the Syrian government and different opposition factions.

"Nothing should be excluded," the diplomat stressed.

Syria has been in a state of civil war since 2011, with the army loyal to President Bashar Assad fighting several opposition factions and militant organizations, including Daesh, which is banned in Russia and a number of other countries.

On Wednesday, UN Special Envoy for Syria Staffan de Mistura decided to postpone the intra-Syrian talks in Geneva until February 25 as many issues, including humanitarian aid access to besieged areas in Syria, remained unresolved. The opposition and the government delegations blamed each other for the breakdown in talks.