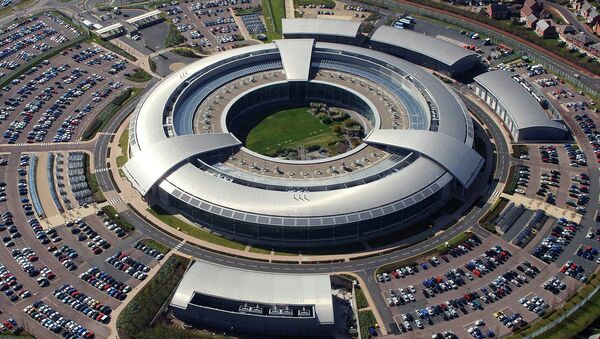 Currently wanted by the US government for revealing the extent of the NSA domestic and global spying apparatus, whistleblower Edward Snowden’s latest leak reveals that Britain’s GCHQ also collected enormous amounts of metadata.

The leak includes a 96-page e-book written in 2011 by the Heilbronn Institute for Mathematical Research in Bristol, as well as a shorter document entitled "What’s the Worst That Can Happen?" Leaked by Edward Snowden and published online by Internet culture website Boing Boing, the documents serve as "a kind of checklist for spies who are seeking permission to infect their adversaries’ computers or networks with malicious software."

"Some of the problems in this book look at ways of leveraging GCHQ’s passive SIGINT [signals intelligence] capabilities to give us a cyber edge, but researchers should always be on the look-out for opportunities to advance the cyber agenda," the document reads.

According to the files, the UK Government Communications Headquarters (GCHQ), relied heavily on metadata since it was provided with a legal loophole.

"There are extremely stringent legal and policy restraints on what we can do with content, but we are much freer in how we can store and use metadata," the document reads. "Moreover, there is obviously a much higher volume of content than metadata.

"For these reasons, metadata feeds will usually be unselected – we pull everything we see; on the other hand, we generally only process content that we have a good reason to target."

One passage suggests that the intelligence agency is aware that bulk metadata collection, is potentially impractical.

Speaking to Ars Technica, a GCHQ spokesperson said that, "We have no comment to make on the story. It is a longstanding policy that we do not comment on intelligence matters." The spokesperson took the time, however, to observe that all GCHQ activity is conducted within a strict legal framework.

After exposing the extent of the spying apparatus used by the United States and United Kingdom in 2013, former National Security Agency contractor Edward Snowden was granted temporary asylum in Russia. He currently resides in Moscow.