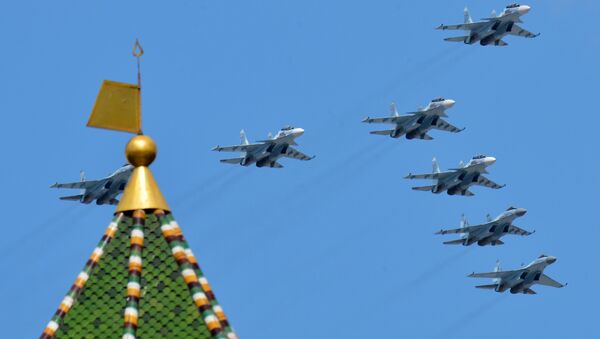 "Today, four of the newest Su-30SM fighters arrived at the fighter aviation division of the Southern Military District, located in the Rostov Region. The planes flew over 4,000 kilometers [2,485 miles] from an aviation plant in Irkutsk, making two stops for refilling," the press service said.

The Su-30SM, commissioned in 2013-2014, is a two-seat derivative of the earlier Su-27UB, capable of air-to-air and air-to-ground strikes and equipped with a wide variety of precision-guided munitions.