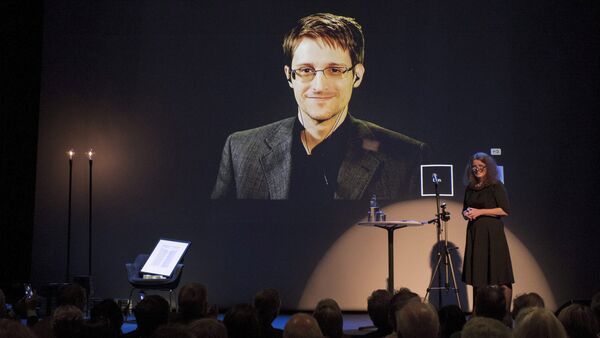 A US aircraft landed in Denmark in 2013 to return US government whistleblower Edward Snowden to the United States, the Danish justice minister said in a written statement to parliament, as quoted by Danish media Friday.

Refusal of UN Panel Statement Allows Rejection of Any UN Ruling - Snowden
The US aircraft that landed in the Copenhagen airport in June 2013 was ostensibly sent to retrieve Edward Snowden if he was extradited from Russia or another country, Pind told the parliament’s Legal Affairs Committee.

Digital media outlet The Local points out however that only a few days before the minister insisted that he "wasn’t aware of the purpose of the aircraft in question."

"I must admit that my previous reply regarding this issue wasn’t comprehensive enough. Only later I realized some of the contents of those materials which prompted my earlier response actually give reasons to believe that the aircraft was possibly present at the Copenhagen airport to transport Edward Snowden to the US in case he was delivered from Russia or some other country," Pind said, according to Dagbladet Information.

Reports about the US rendition flight sent to capture Edward Snowden surfaced in January, but the Danish officials initially attempted to refute these claims.

On June 23, 2013 Snowden boarded a flight to Moscow after having spent several weeks in Hong Kong, during which US prosecutors charged him with theft and two counts of violating the Espionage Act because he had leaked information about numerous global surveillance programs by US and UK intelligence agencies.

On August 1, 2013 he was finally granted temporary asylum in Russia, having spent several weeks stranded in the transit area of Moscow's Sheremetyevo airport.