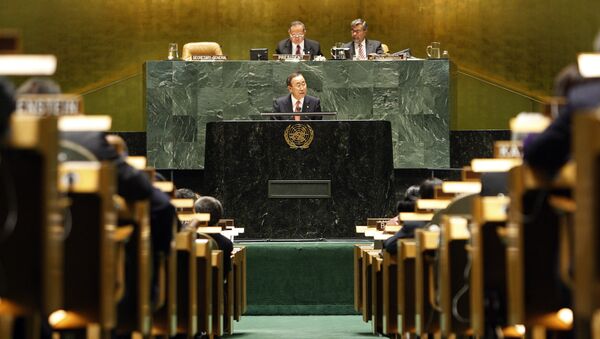 The United Nations is systematically failing a number of countries, including Syria, senior officials and aid workers within the organization have warned.

Birth of United Nations
Four senior members of the United Nations and two aid workers told the Guardian newspaper that the UN was failing to respond to the Syrian crisis in very much the same way it failed handling the final stages of the Sri Lankan civil war.

One of the main concerns, according to the officials, is the UN’s struggle to tackle chronic starvation and deliver much needed aid to certain areas of Syria.

Ammar Waqqaf from the British Syrian Society believes the UN needs to work with the legitimate Syrian government if it is to be successful in the region.

"The UN cannot work on its own. It needs protection and access, which means negotiating local and temporary arrangements with militants and armed groups that control besieged areas, and the party that is capable and responsible for achieving that is the Syrian government," Mr Waqqaf told Sputnik.

"The issue of dropping supplies from air onto besieged areas was recently discussed, and the UN clearly said that this is almost impossible to achieve as they cannot co-ordinate things on the ground with recipients."

Syria’s bloody civil war has dominated the headlines, leaving other conflicts, as well as the United Nations’ response to them, in the shadows – where the UN would rather see them stay.

The UN’s activities in Syria gained international attention during the siege of Madaya. Figures vary, but more than 70 people are believed to have starved to death in the small mountainous town and once a popular holiday resort. The International Red Cross has described conditions in some areas as "extremely dire." 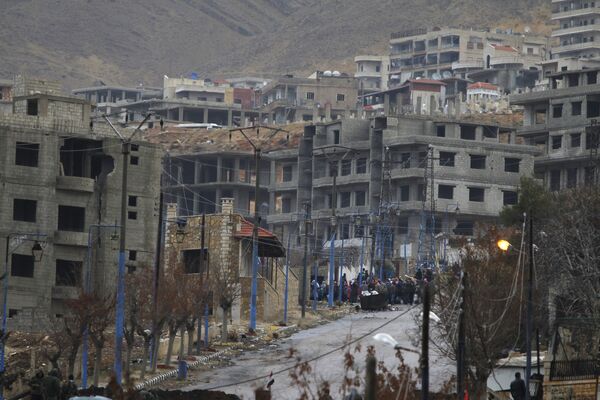 Residents who said they have received permission from the Syrian government to leave the besieged town wait with their belongings after an aid convoy entered Madaya, Syria, January 14, 2016.
© REUTERS / Omar Sanadiki

The UN, according to correspondence that recently emerged, knew of the town’s despair from the beginning of the siege, yet delivered the necessary aid only weeks after an international outcry.

"It is most interesting that the town of Madaya, which is besieged by government forces, took this much attention while other towns, with similar populations that are besieged by rebel forces are hardly mentioned at all," Mr Waqqaf told Sputnik.

"In one extreme case, the city of Deir Ezzor, which alone hosts some 200,000 civilians, is hardly even mentioned. While the Syrian army is desperately trying to fend off Daesh from routing the city, American led coalition airplanes seem not at all interested with the Daesh threat to the civilians over there."

The UN Secretary-General Ban Ki-moon himself described the pitiful number of aid the organization was able to provide the suffering people of Syria, in his latest report, with only 10 percent of all requests for convoys to besieged areas being granted in 2015.

The government and Tamil rebels were found to be responsible for war crimes during the conflict, which ended in 2009.

A highly critical 2012 internal UN report stated that the organization failed to protect the country’s civilians in the last months of its bloody war.

"Events in Sri Lanka mark a grave failure of the UN," the report concluded.

The allegations as part of an internal review concluded that the UN Security Council and the Human Rights Council both failed significantly "at every level" in preventing the death of thousands of people in the last five months of the war.

One of the most damning accusations is that the UN refused to publish casualty figures, made the decision to withdraw staff from the conflict zone and failed to report widespread government shelling.

The El Al Israel Flight 426 passenger jet, hijacked in 1968 by three members of a Palestinian group, could be seen as the beginning of modern day terrorism. At the time, the United Nations may have condemned the action but failed to do anything about it. Terror acts continued to shake the world through the rest of the century – with nothing but condemnation from the UN. It finally took 9/11 to get the organization to finally outlaw terrorism.

Since UN peacekeeping operations began in 1948, the blue helmets have been sent to many of the world’s conflict zones – from Bosnia to the Central African Republic. There have been 69 peacekeeping missions over the last 68 years and whilst some were successful, others have been clouded by allegations of sex abuse, rape and human trafficking.

One of the biggest allegations of UN peacekeeping failures is the 1994 Rwandan genocide. An inquiry in 1999 found that the UN ignored evidence that the genocide was planned and had refused to take action once it started. 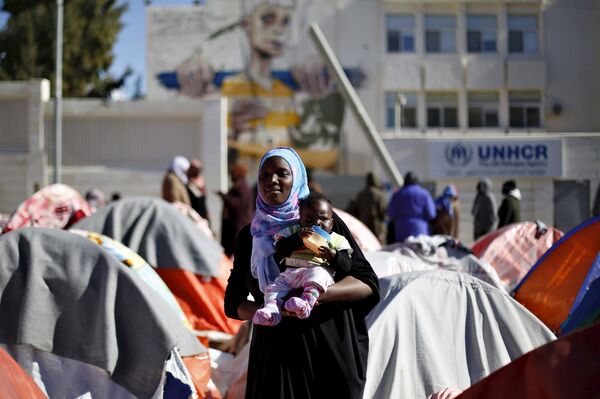 A Sudanese refugee from Darfur carries her child during an open-ended sit-in outside the United Nations High Commissioner for Refugees (UNHCR), demanding better treatment and acceleration of their relocation, in Amman, Jordan, December 6, 2015.
© REUTERS / Muhammad Hamed

The unstable Sudanese nation of Darfur erupted in conflict in 2003 when various militias attacked the government. The rebel groups defeated the Sudanese military, which soon turned and funded a militant Arab group. Populated villages were attacked and an estimated 300,000 civilians murdered. The UN – as it always does – condemned the actions, only deploying troops three years later.

A former UN worker, Aicha el Basri, spoke to the media about a "conspiracy of silence" after resigning from the organization. She told the media that peacekeepers watched on as militants shot civilians right in front of them.

Most recently, UN peacekeepers in the Central African Republic have been accused of sexually abusing, raping and paying 13-year-olds as little as US$50 cents for sex. 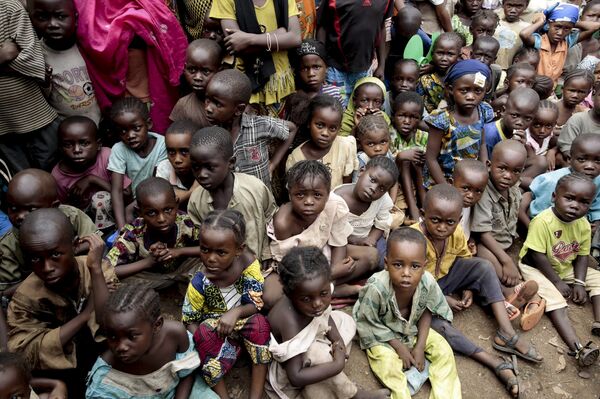 A UN report into the abuses has condemned – pretty much itself — for failing to respond to the allegations, citing its own handling of the situation as "seriously flawed".

The UN seems to be publishing a lot of reports doing what it does best — condemning, mind you, itself.