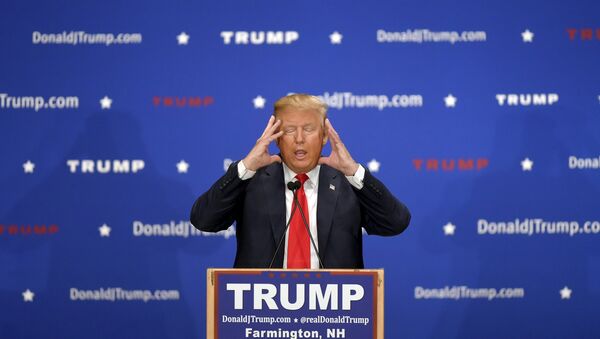 © REUTERS / Gretchen Ertl
Subscribe
International
India
Africa
Voter support for US presidential hopeful Donald Trump has dropped in national polls after he finished second in the Republican Iowa caucuses, according to a new poll released on Thursday.

WASHINGTON (Sputnik) — Trump still is the most popular of the Republican candidates having 25 percent voter support, the new Public Policy Polling survey showed. However, that is 9 percent less than what he polled nationwide in December 2015.

On Monday evening, Cruz won the Republican caucus in Iowa, coming ahead of Trump with 3.3 percent of the caucus votes.

Trump accused the Cruz of voter fraud and said he would probably file a lawsuit regarding the results of the Iowa caucus.

Cruz dismissed accusations characterizing the complaint as yet another of Trump’s tantrums.