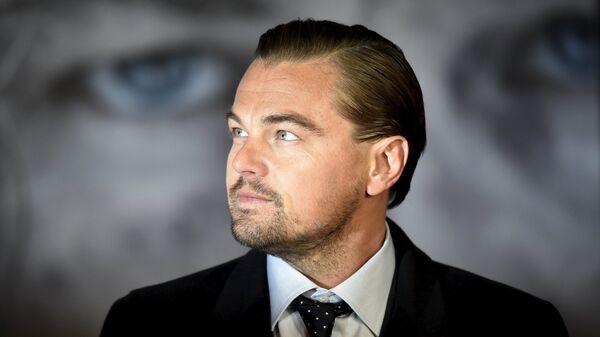 Russian amateur filmmakers are donating silver that will be used in the making of a ‘People’s Academy Award’ statuette, which will be presented to Leonardo DiCaprio.

Is DiCaprio One of Four A-Listers in Line to Play Putin in New Movie?
According to Tatiana Yegorova, a lecturer at the Arctic Institute of Arts and Culture and the author of this initiative, the statuette's design is as yet incomplete and the silver required to create it is still being gathered.

"We believe that cinematography is a mass art, but the movie awards are being issued by academies, a relatively small group of specialists. So as cinema enthusiasts we believe that we can present our own award," she said, according to RIA Novosti.

In 2014, the State Chamber Theater of the Russian city of Chelyabinsk also sent DiCaprio a replica of the Academy Award statuette, albeit made of cast iron.

DiCaprio, a critically acclaimed actor and film producer, has been nominated for five Academy Awards for acting during his career.