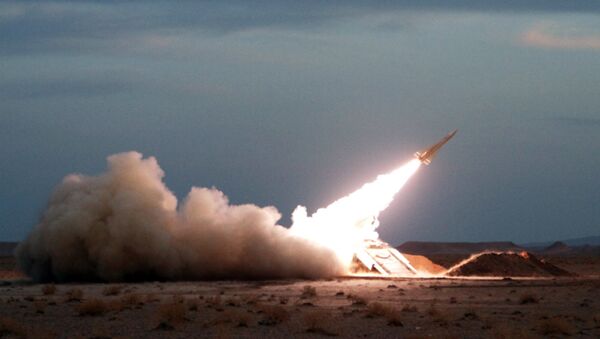 © AFP 2021 / ISNA/AMIN KHOROSHAHI
Subscribe
Iranian Armed Forces Commander said that Iran will continue to develop its missile program since it does not violate the agreement on the country’s nuclear program.

“We are fulfilling our work and will continue in the future to strengthen and develop our missile program,” Fars news agency quoted Salehi as saying.

The international community has long suspected Iran of trying to develop a nuclear weapon, and the UN Security Council imposed two resolutions on Tehran seeking to curtail its activities involving ballistic missiles.

On July 14, Iran and a group of six international mediators – Russia, the United States, China, the United Kingdom, France and Germany – signed an historic deal to guarantee the peaceful nature of Tehran's nuclear activities in exchange for sanctions relief. On January 16, the UN nuclear watchdog confirmed that Iran met its requirements under the deal, paving the way for sanctions relief.

In January, the US Treasury Department sanctioned 11 entities and individuals, including six Iranians and one Chinese citizen, over their involvement in procurement on behalf of Iran’s ballistic missile program.

The move came after media reported that Iran tested a surface-to-surface Emad (Pillar) missile in October in violation of a UN Security Council resolution.