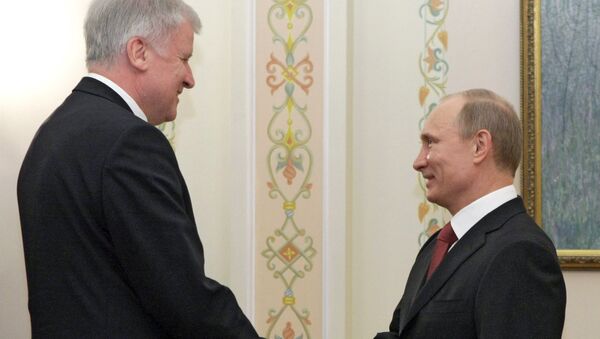 True Friends? Israel Advising Germany to Cooperate With Russia
MOSCOW (Sputnik) – Bavarian Prime Minister Horst Seehofer is currently on a visit to Moscow where he is expected to meet a range of senior officials, as well as sign a memorandum on cooperation between the Russian capital and Bavaria.

"We, Bavarians, are interested in further strengthening of our relations, we have traditionally good relations," Seehofer said at the meeting with Denis Butsaev, the minister of investments and innovations of Moscow Region.

Seehofer has repeatedly urged to rethink the mechanism of economic sanctions against Russia and deescalate tensions between Moscow and Berlin.

The relations between Russia and the European Union worsened in 2014, when Brussels accused Moscow of meddling in the Ukrainian crisis and imposed several rounds of sanctions against it. Russia responded with a food import embargo against the states that sanctioned it.