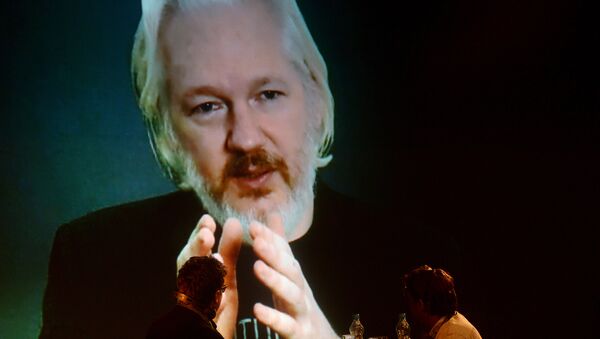 The investigation into the case of WikiLeaks founder Julian Assange will not be affected by the UN Working Group on Arbitrary Detention (WGAD) ruling, the Swedish Prosecution Authority said on Thursday.

STOCKHOLM (Sputnik) — Earlier in the day, media reports emerged claiming that WGAD had concluded that detaining Assange was illegal. The Office of the UN High Commissioner for Human Rights is set to make an official statement on the issue on Friday.

Update on #Assange detention case: We will issue our press release on the #UNWGAD opinion tomorrow at 9am CET.

“The statement from the Working Group has no formal impact on the ongoing investigation, according to Swedish law,” the Swedish Prosecution Authority said.

Assange to Demand Release From UK After UN Working Group Ruling
The statement added that the prosecutor responsible for the case is not available for comments since he was “on a journey.”

The WikiLeaks founder has been residing at the Ecuadorian Embassy in London since 2012 out of fear of being extradited, first to Sweden where he has been accused of sexual assault, and ultimately to the United States where he could face espionage charges for publishing secret documents through his website.