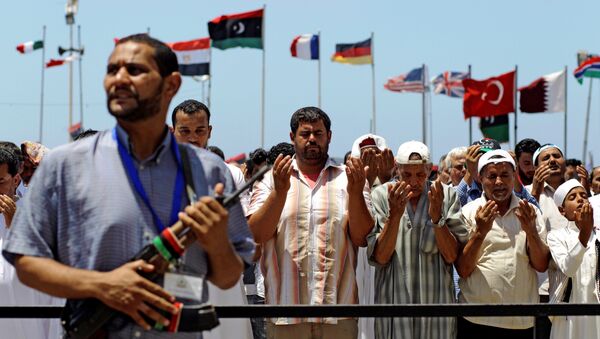 © AP Photo / Sergey Ponomarev
Subscribe
Western military intervention in Libya to stop its seizure by Daesh militants would be perceived as "intrusive and neocolonial", according to Dr Arturo Varvelli, Head of Terrorism and Research Fellow at the Italian Institute for International Political Studies (ISPI), as he told Sputnik it could instead strengthen Daesh’s control.

"The lack of clarity on the objectives of the possible mission […whether it is] containing ISIS [Daesh], state-building, protection of Tripoli, or whatever — is a serious mistake," Dr Varvelli told Sputnik, adding that quashing Daesh is not possible with airstrikes alone — "as recent incursions in Syria and Iraq demonstrate"-  and could ultimately make the militants stronger.

"An external intervention could help ISIS [Daesh] in Libya to enlarge the cooperation with other radical groups — IS could then become stronger," Dr Varvelli told Sputnik.

The US and France have been pushing for military intervention following a meeting in Paris during which Italy also agreed to consider involvement.

Britain has not confirmed reports that it is ready to send in 1,000 troops. While according to London newspaper The Sunday Times, a team of British military and intelligence officers have undertaken a secret reconnaissance mission to Libya.

The reconnaissance mission, according to The Sunday Times, is comprised of six RAF officers, MI6 operatives, UK Foreign Office diplomats and US and French military personnel who flew into an airbase in eastern Libya.

Meanwhile, a civil war in Libya rages on as Daesh militants make further ground in the North African country, capturing the coastal region – along with its oil reserves – between Sirte and Sidra.

There are reports that the south Ras Lunuf oil pipeline has been bombed by Daesh, who have already destroyed Libya’s main oil field in Sidra after bombarding another oil plant, Hindia. 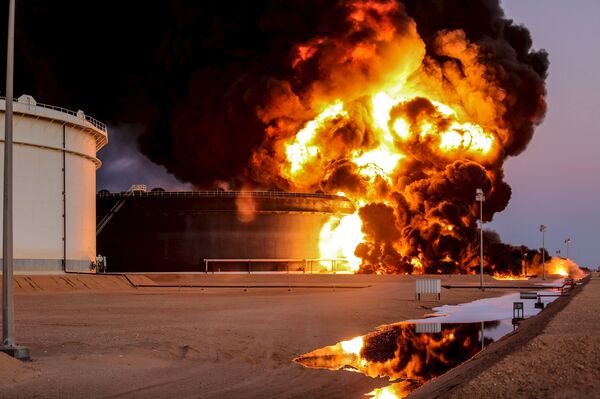 Fire rises from an oil tank in the port of Es Sider, in Ras Lanuf, Libya, in this file picture taken January 4, 2016.
© REUTERS / Stringer/Files

Italian newspaper, La Stampa, reported at the beginning of January that if Daesh succeeded in capturing oil reserves between Sirte and Sidra, it would trigger armed intervention from Europe – with Italy at the forefront.

Dr Varvelli, a Middle East expert, told Sputnik that Italy and its allies should re-focus on forming an official government – not military action.

"The ultimate goal should be the stability in Libya and this can only be achieved by pursuing policies of stabilization."

"It takes patience and political vision, not military aggression. A deal would however be fraught with tensions. Moreover, international pressure could lead a Libyan government to formally declare war on IS."

Since August 2015, Libya’s only internationally recognized government has been forced to operate from Tobruk after Daesh captured Tripoli.

No Deal: Libyan Parliament Rejects UNSC-Backed Unity Government
By the end of 2015, Daesh issued a decree stating that Sirte was now governed by "the caliphate".

Sirte was once home to Libya’s former dictator Muammar Gaddafi before he was killed by a NATO led rebellion in 2011.

Many of the arms used by the rebels to overthrow Gaddafi are said to be in the hands of Daesh militants following western military intervention five years ago, allowing the country to descend into chaos as a civil war between the official government in the east and its rival group in the west continues.

000000
Popular comments
They just in talks about how to split the resources, where to plant NATO bases and create an African platform. They do not care about DAESH.
cast235
3 February 2016, 17:20 GMT
000000
Silly as they created IS now they want to fight it. They should shut up and fight their own shadow. www.globalresearch.ca/us-nato-invade-libya-to-fight-the-terrorists-of-its-own-creation/5505175