Is DiCaprio One of Four A-Listers in Line to Play Putin in New Movie? 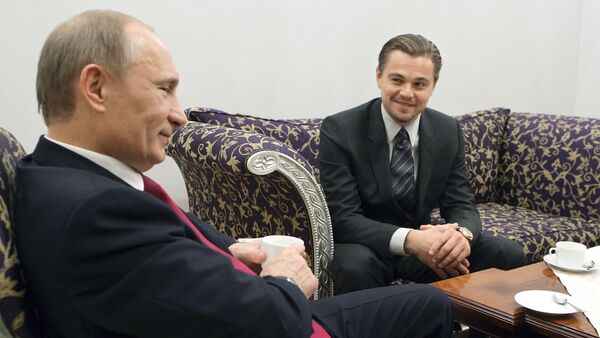 Four A-list actors, possibly including Leonardo Dicaprio, are to take part in a casting for the role of Vladimir Putin in an upcoming biopic about the life of Russia’s President.

However, one of the company’s top managers, Valery Saaryan, claimed that these reports came as a surprise to him.

"We didn’t make any statements so I have no idea where the reports about Dicaprio’s consent come from. Perhaps it was all caused by his interview with the German newspaper. I can only confirm that there are four A-list actors taking part in the casting for this role, and that the movie will be directed by a man who won two Academy Awards," he told RIA Novosti.

Saaryan also said that the script for the upcoming movie wasn’t submitted to the Russian president for approval, and that the filming is scheduled to begin this spring.

Earlier Hollywood star Dicaprio said during an interview with German newspaper Die Welt that he would love to play the role of Vladimir Putin onscreen if such an opportunity presents itself. According to DiCaprio, for him bringing the image of the Russian president onscreen would be a 'very, very interesting task.'