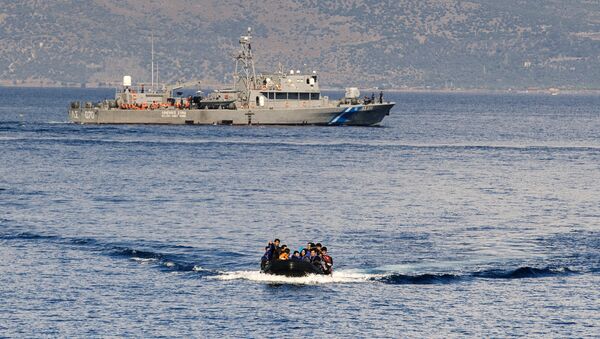 According to International Organization for Migration, more than 67,000 migrants and refugees have traveled to Europe by sea in 2016.

EU Chief Says Six Out of Ten Migrants Have No Right to Refugee Status
MOSCOW (Sputnik) – More than 67,000 migrants and refugees have traveled to Europe by sea in 2016, the International Organization for Migration (IOM) announced Tuesday.

According to the International Organization for Migration (IOM), the first month of 2016 has already become the deadliest January on record for refugees trying to cross the Mediterranean Sea to reach Europe.