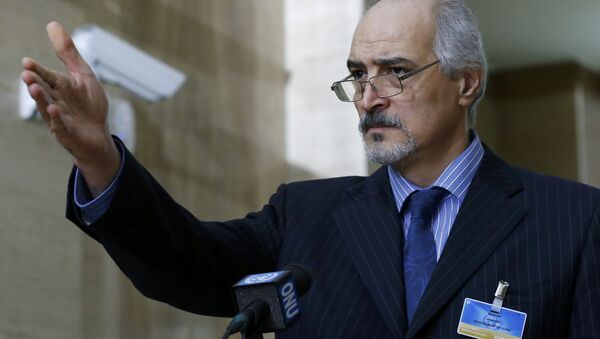 Swiss Visas Issued to All Sides Invited to UN Geneva Intra-Syrian Talks
GENEVA (Sputnik) — Intra-Syrian negotiations in Geneva are still at the stage of preparations and the agenda is unclear, head of Syria's government delegation Bashar Jaafari said Tuesday.

"We are waiting. Nothing is clear yet. The meeting day's agenda is still unclear. We are at the stage of preparations for the talks," Jaafari told reporters.

He added that the Syrian opposition delegation has not been formed which impedes the start of the intra-Syrian talks.

"We have discussed with [Staffan] de Mistura a statement by the UNSC, which condemns the three terrorist acts that took place in Syria and killed dozens of innocent people," Jaafari said.

At least 70 people were killed and some 100 injured in three blasts near a Shiite shrine in the Sayyidah Zaynab on the southern outskirts of Damascus on Sunday.