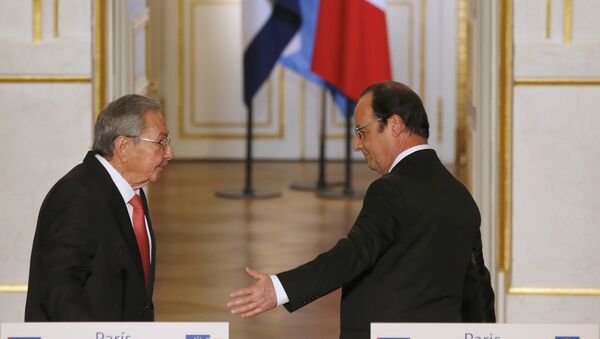 According to the French president, France and Cuba open "new page" in bilateral relations.

"Today, a new page opens for France and Cuba. After a debt write-off agreement signed in Paris, we have before us significant prospects of developing our relations and trade turnover," Hollande said at a meeting with Cuban President Raul Castro.

A number of bilateral economic, tourism, industry and other agreements are expected at the conclusion of Hollande’s meeting with Castro.

Hollande became the first Western leader to visit Cuba in over 50 years when he traveled there last May.