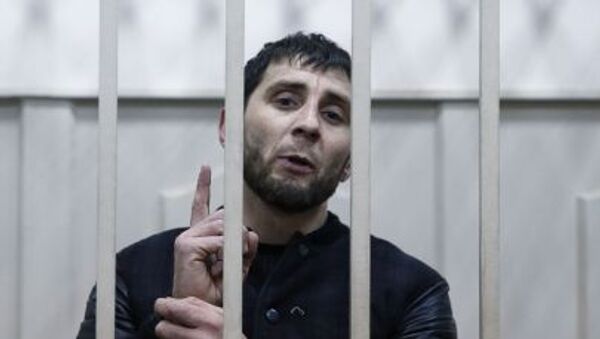 The court dismissed the appeal of Dadaev's lawyer, who argued that the suspected killer's measure of restraint should be changed as he could not interfere with the investigation now that it was formally over.

On February 27, 2015, Nemtsov, who occupied a number of senior positions in the Russian government in the 1990s, and was an active opposition politician in the 2000s, was shot dead in downtown Moscow.

Five persons have been detained on suspicion of involvement in the murder — Hamzat Bakhayev, Tamerlan Eskerkhanov, Shadid and Anzor Gubashev and Zaur Dadayev. The alleged mastermind of the murder, Ruslan Mukhudinov, has been arrested in absentia.