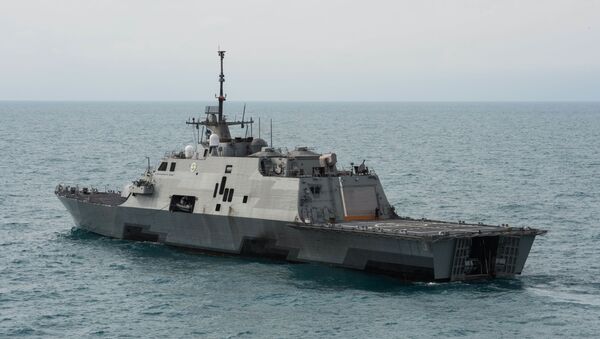 The US Navy’s Littoral Combat Ship struggled in drills at sea when it was tasked with deflecting a small group of attacking ships, according to a report published by the Pentagon.

During the exercise, held in August and September 2015, the LCS (Littoral combat ship) class ship was able to repel the attack, but the fast attack boats managed to get too close several times.

Pentagon testing director Michael Gilmore said in his annual report that the “inability to defeat this relatively modest threat beyond ‘keep-out’ range routinely under test conditions raises questions about its ability to deal with more challenging threats.”

Under Fire: US Navy Seeks Much-Needed Aircraft Carrier Improvements
According to Gilmore, the ships raise doubts regarding their reliability from issues with generators and air-conditioning units to “cybersecurity deficiencies that significantly degrade operational effectiveness.”

Earlier, the ships were brought to attention as they had numerous failures. The contract with Lockheed Martin and Austral envisages the construction of 26 vessels with a total value of $23 billion, according to Bloomberg wrote.