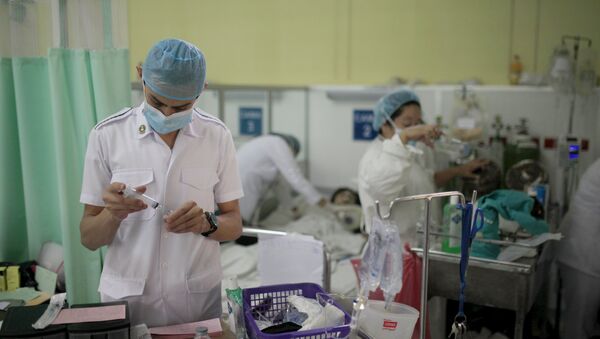 At least 105 cases of infection with the Zika virus have been confirmed in Guatemala amid an outbreak in both Americas, an official from the Health Ministry told local media Saturday.

5 Zika-Infected Travelers Return to Mainland France
MOSCOW (Sputnik) — A total of 200 suspected cases of Zika were registered in this Central American country, including over 60 cases in 2015, epidemiologist Judith Garcia told the national newspaper Prensa Libre.

The World Health Organization (WHO) has warned that the "explosive" spread of this mosquito-borne infection globally is a cause for concern. The first case of Zika virus crossing into Europe has recently been confirmed in Denmark, followed by Sweden and Germany.