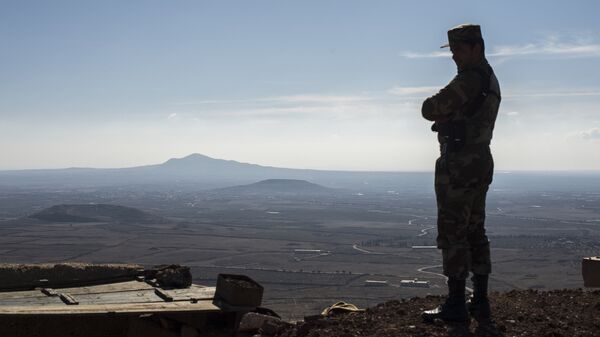 Ekaterina Blinova
All materialsWrite to the author
By seeking to establish an Islamic caliphate, Daesh (Islamic State/ISIL) has thrown into question the legitimacy of the post-Ottoman Middle Eastern borders defined by European colonialist powers; is the Sykes-Picot agreement the root cause of the ongoing strife in Syria and Iraq and should the Middle Eastern boundaries be redrawn?

Trouble Brewing in Syria: Is US-Led Coalition Preparing for Advance?
On May 19, 1916, a secret accord, known as the Sykes-Picot agreement, was signed by Europe's major powers, Britain and France. It was envisaged that the Ottoman Empire would be divided into British and French spheres of influence.

After the beginning of the First World War in 1914 the Triple Entente of the United Kingdom, the French Third Republic and the Russian Empire started secret negotiations regarding the hypothetical future of the Ottoman Empire that fought at the time on the side of the Wilhelminian Germany.

The talks resulted in the Constantinople Agreement, concluded on March 18, 1915. In accordance with the secret assurances, the Russian Empire was promised Constantinople (Istanbul), the Bosporus Strait and control over the Dardanelles. In return, Russia would agree to British and French claims on other territories of the Ottoman Empire and central Persia. 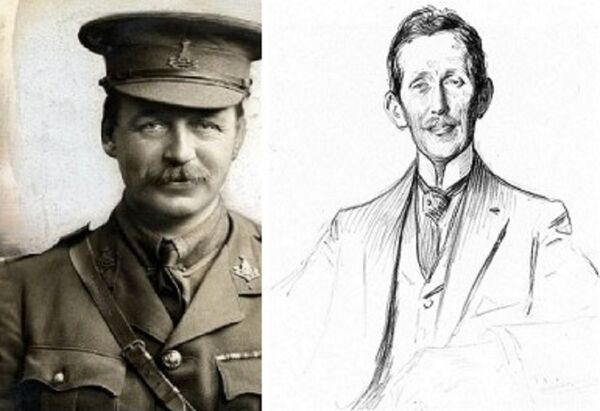 A year later, British and French representatives, Sir Mark Sykes and Francois Georges Picot, authored another secret agreement — the famous Sykes-Picot. Under the agreement, inked with the assent of the Russian Empire, Britain would acquire southern Mesopotamia, including Baghdad, as well as the Mediterranean ports of Haifa and ʿAkko (Acre).

Lebanon and the Syrian littoral, Adana, Cilicia went to France, as well as hinterland including Aintab, Urfa, Mardin, Diyarbakır, and Mosul. It was planned that the territories between the British and French acquisitions would be governed by Arab chiefs under the Anglo-French supervision.

The Russian Empire was a minor party to the Agreement; however, it was supposed that the Tsarist Russia would acquire Armenian provinces and some Kurdish territories.

The Constantinople Agreement never came to force as well as the Russian aspect of the Sykes-Picot Agreement: the October Revolution of 1917 changed Russia's plans drastically. 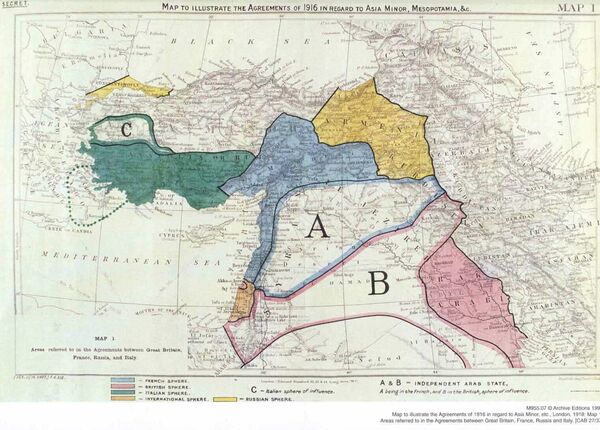 On October 26, 1917, the new Soviet government issued a decree of peace calling for "democratic peace without annexations"; the decree was followed by the Treaty of Brest-Litovsk of March 3, 1918, inked by Germany, Austria-Hungary, Bulgaria, and Turkey for the one part, and Soviet Russia for the other part.

Since the new Soviet government regarded the war as "imperialistic" and "unfair" it exposed the Sykes-Picot agreement to the embarrassment of the British, the delight of the Turks and the disappointment of Arabs, who as it turned out had been cheated by Europeans.

One Hundred Years of Competition: History of Russo-Turkish Relations
Interestingly enough, the Bolsheviks also threw a monkey wrench into the Entente's plans of Turkey's partitioning by providing the latter with substantial financial and military aid. Soviet Russia helped Mustafa Kemal Ataturk, the founder of the Republic of Turkey, to save the Turkish state from annihilation.

Indeed, the severe Treaty of Sevres (August 10, 1920) envisaged partitioning and eventual annihilation of the Ottoman Empire. Both non-Turkic lands and substantial parts of the historic Turkish territories had to go to the Allied powers and their proxies. However, the treaty was annulled during the Turkish War of Independence (1919-1923) headed by the Ataturk government. 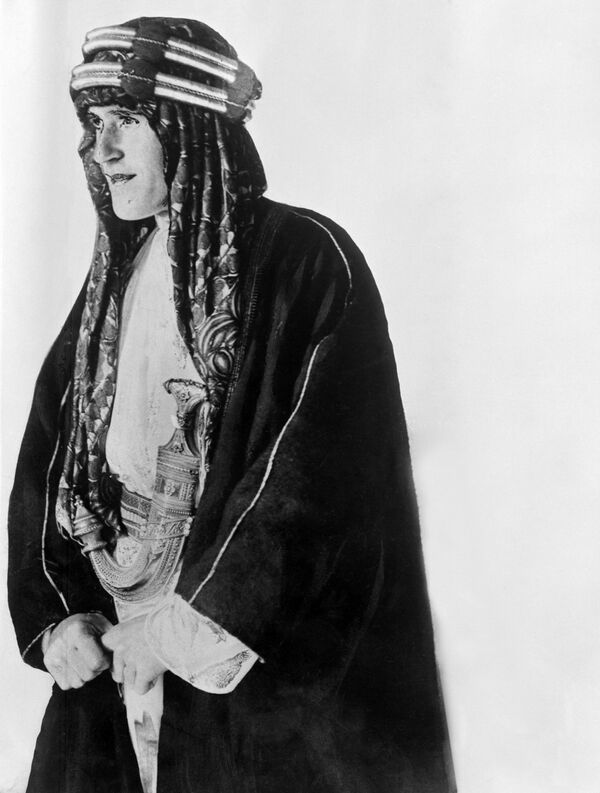 The Conference of San Remo (April 19-26, 1920) attended by the prime ministers of Britain, France and Italy eventually defined the future of the Middle East: Syria and Lebanon were mandated to France, Palestine and Iraq went to Great Britain. The powers also concluded an Anglo-French oil agreement which provided France with a 25 percent share of Iraqi oil and favorable transport terms; in return, France agreed to the inclusion of Mosul in the British mandate.

Those Arab chiefs who tried to protest against the decisions of the conference were ruthlessly suppressed.  King of Greater Syria Faisal I bin Hussein bin Ali al-Hashimi, who opposed the French mandate over Syria, was ousted in the course the Franco-Syrian War. A year later, in 1921, Faisal ascended the throne of the Iraqi kingdom, offered to him by the British government. 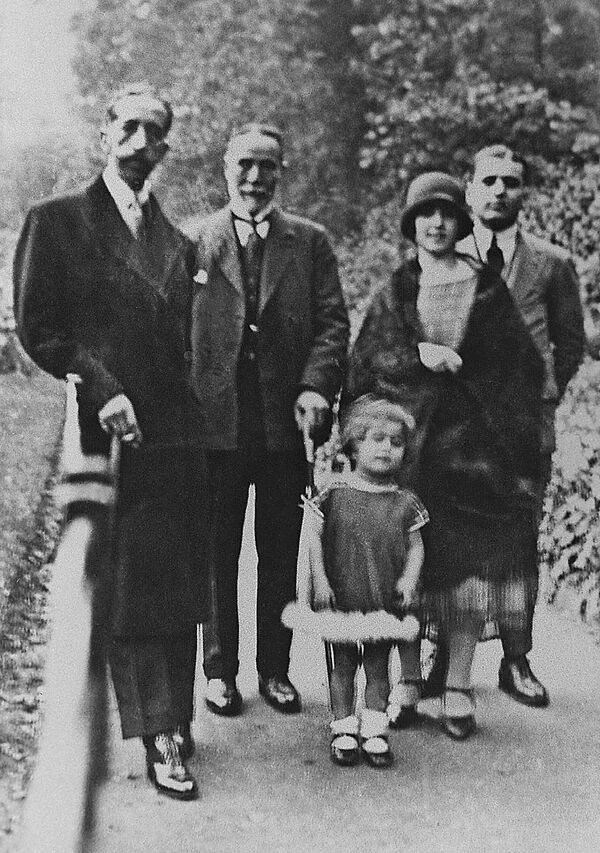 However, the Sykes-Picot plan did not correspond to the actual sectarian, tribal, or ethnic distinctions on the ground, according to Tarek Osman, Egyptian author and EBRD's Principal Political Counselor for the southern and eastern Mediterranean region. The result was devastating: now the nations are repeating the whirlwind sowed almost a century ago.

"…the tensions and aspirations that these differences gave rise to neither disappeared, nor were diluted. When cracks started to appear in these countries… the old frictions, frustrations, and hopes that had been concealed for decades, came to the fore," Osman noted in his article for the BBC in 2013.

Daesh has jumped at the opportunity to add fuel to the fire of the existing contradictions and stirred up ancient wounds. It pledged to breach the frontiers of the Sykes-Picot and create a new Islamic caliphate, using the hashtag #SykesPicotOver for their Twitter propaganda.

So far, the 1916 Sykes-Picot Agreement can be regarded as a time bomb that has exploded now, nearly one hundred years after it was signed.

But that is not all: the elimination of Daesh would hardly solve the problem, some experts note.

"From an ethnic angle, the Kurdish movements in Iraq, Turkey, and Syria, never having been content with Sykes-Picot borders are now constituting new ethnically delimited political communities that in Iraq and Syria possess the attributes of de facto states," Richard A. Falk, an American professor emeritus of international law at Princeton University, noted in his blog in December 2015.

Jihadi Driving Forces: Washington Knew Who Fomented Syrian Civil War
Should we regard the Sykes-Picot boundaries as outdated?

According to American lawyer and diplomat John R. Bolton, there is no need to restore the post-WWI order in the Middle East.

"Today's reality is that Iraq and Syria as we have known them are gone. The Islamic State has carved out a new entity from the post-Ottoman Empire settlement, mobilizing Sunni opposition to the regime of President Bashar al-Assad and the Iran-dominated government of Iraq. Also emerging, after years of effort, is a de facto independent Kurdistan," he wrote in his article for The New York Times in November 2015.

Bolton advocates the creation of new entities in the Middle East, in particular — the new Sunni-stan.

"Rather than striving to recreate the post-World War I map, Washington should recognize the new geopolitics. The best alternative to the Islamic State in northeastern Syria and western Iraq is a new, independent Sunni state," he underscored.

But is this the way out? Is it not a new version of the notorious Sykes-Picot Agreement?

The scholar referred the fundamental right of national self-determination as a potential clue to the ongoing strife.

Indeed, it is time for the West to step aside and allow the nations of the Middle East to define their political future themselves.