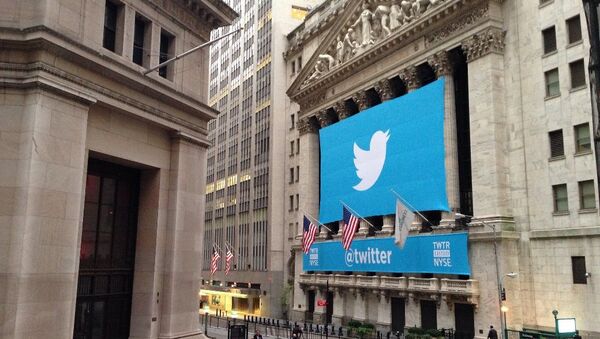 The average bird lives about 2 years in the wild. Recent events at beleaguered microblogging platform Twitter is clinging to life like a frozen bird on a tree limb. While some investor types chirp how Twitter (NYSE:TWTR) is a “buy” position in the stock’s current slump, internal upheaval, combined with lame strategy initiatives suggest otherwise. Long criticized for being too shallow an experience, can Twitter survive in 2016?

Entreprenuers Jack Dorsey, Evan Williams, Biz Stone, and Noah Glass hatched the now famous Twitter bird back in 2006. At the time their PR company sent me a pitch to do a story for a high profile blog I worked with. In all honesty, I tossed out the invitation to report on Twitter, thinking how ridiculous the value proposition was. At the time I was beta testing something called Joost /ˈdʒuːst/ an Internet TV service, created by Swede Niklas Zennström and Janus Friis (founders of Skype and Kazaa). The latter possessed fantastic video potential, as compared to 140 characters of cryptic gibberish streaming in front of users’ faces. As they say, “the rest is history”, proving anybody can be wrong. Now, despite initiating every business strategy in the known universe, Twitter may be diving into a death spiral.

When Twitter CEO Dick Costolo was ousted by co-founder Jack Dorsey, investors in the sputtering company got a severe case of the shakes. Then when Dorsey laid off hundreds of employees late last year, the birdsong of the little blue internet darling turned into a high pitched scream – “WTF is wrong with that bonanza IPO we heard about?” Then last month Twitter’s head of product, Kevin Weil, engineering chief Alex Roetter, VP of human resources Skip Schipper, head of global media Katie Stanton, and Vine's general manager Jason Toff up and resigned! The exodus put me in mind of Yahoo! and the quest for a CEO worth his or her salary, only Twitter is not Yahoo!, it’s a microblogging bird flying in a high wind. Despite anything the Twitter bosses have conjured, as of yesterday Twitter stock is down by more than half its 2013 price, and has slumped from a high of $69 dollars a share in 2014, to $16.50 currently.

Already, Jack Dorsey’s PR team are buzzing the media waves tossing out the idea “now is the time” to be bullish on Twitter investing. If ever there were a rap-rap-rapping on investor’s window panes, Dorsey and his marketing magicians are literally begging investors to hang on.

An article at Profit Confidential by author, Alessandro Bruno frames what I am talking about. The piece regurgitates the management changes and stock woes of Dorsey, but it also resonates with just how lost the little blue bird is these days. To quote Bruno on Dorsey’s new strategy:

“Dorsey’s goal is simple: he needs to simplify the service in order to attract a wider audience.”

Then, in big bold typeface, “Jack Dorsey Now Freer to Steer Twitter on a New Course,” let’s anyone with half a brain know, the board at Twitter is horrified at the possibility current shareholders might panic. Summing up, the author begs his readership to ignore comparisons in between Twitter and the Titanic, calling for stockholders to give Mr. Dorsey some grace time. But what if transforming Twitter back into what it was, an oversimplified noise community is no strategy at all? How can Twitter broaden its user base by appealing to its current user base?

To make matters worse, Facebook is all set to gobble up Twitter users with forthcoming features. Competition, something Twitter has not actually faced in the last few years, will certainly seem like anti-aircraft fire on the avian social network. Carried a step further, the real reason Twitter is having trouble is something to do with my original qualms about the service. Editor-in-chief of The Verge, Nilay Patel frames this today, better than I ever did back in 2006:

“So I think Twitter has a deep existential problem, which is that no one knows what Twitter is for, or how people should use it. That sense of gleeful anarchy propelled the service in the early days, when a small group of power users made and remade norms and etiquette on a near-constant basis, but now it’s just a mess."

According to Statista, there are something on the order of 307 million active Twitter users out there. As someone who has used the platform extensively, out of necessity in my business, I can tell you that 99% of those users haven’t a clue what Twitter is even for. Twitter exists for one purpose, catching a glimpse of what is going on. Better yet, a glimpse of what is “supposed” to be going on, for no one can be sure a tweet is an actual fact. Sadly, this never had to be the case, for Twitter does hold one paramount value – acute connectivity. I’ll leave off suggesting how Dorsey and Twitter can optimize for that. My company information is easy to find, if a consultation is desired.

The bottom line here is, Twitter is in deep trouble, and I have no indication the birdy is going to be able to pull out of this dive. One shot from a Facebook shotgun app or feed play, and the poster child of microblogging will join MySpace in the dead pool.

That is, unless hyper-connectedness can be played properly. To be continued….