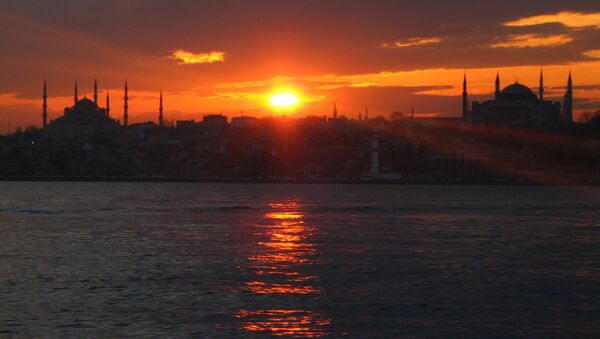 Turkey has expressed interest in the creation of an “Islamic Peacekeeping Force”. During the 11th session of the Parliamentary Council of the Organization of Islamic Cooperation (OIC), the Turkish delegation expressed the need for such a force whose priorities will be to help resolve the Syrian conflict and fight Daesh.

“The main topic of discussion at the meeting this year was the joint struggle against terrorism and extremism. The structure of the OIC includes 57 Muslim countries. In addition, the Council also operates in the OIC, which includes representatives of the parliaments of 54 states,” Atalay told Sputnik.

“The realities of the modern world show us the need to move from declarations and statements of intent to their resolute implementation. If you do not, then we have and will continue for decades to discuss the same problems without moving forward. It is absolutely pointless.”

The deputy further said that in the long term, at least until the states of the Middle East have the energy reserves, countries that represent the global power will not leave attempts to exploit the region for their own purposes, so there is a need to create security in the region through peaceful means.

He stressed that what is happening in Damascus, Baghdad, Tehran and Kabul show that the realities of today point to the need to create a structure similar to the peacekeeping forces. The idea is that the representatives of 54 member countries of the Council of the OIC, based on the decisions taken during the meetings are ready to prepare and submit the pact to their respective parliaments.

“These 54 countries, based on their capabilities, will provide the soldiers who will form the basis of a new military structure. These will be the troops, in the image of the peacekeeping forces, who will direct the United Nations to the areas of military conflicts.”

Stratfor: Pain of Cheap Oil to Drive Iraqi Kurds Closer to Turkey
The deputy further said that, “If the 54 Muslim countries combine together to create such a structure, we can significantly speed up the process of establishing peace in the region. In that way no country will dare to attack another country, as in his time Saddam did in Kuwait, as in that case the combined power of 54 states supporting trade, economic and political relations will stand united against the aggressor.”

MP of the Kurdish Democracy Party people (PDN) Mehmet Ali Aslan, belonging to the Turkish delegation at the meeting of the OIC, said that the main theme of the meeting was the fight against Daesh. According to Aslan, all member countries of the OIC expressed concern about the low efficiency of the fight against the terrorist organization.

In addition, according to Aslan, on the sidelines of the conference dissatisfaction with the actions of Turkey was expressed following Turkey’s decision to send soldiers to the Iraqi city of Ba`shiqah. “This issue was not raised directly in the course of the meeting, so as not to cause any unpleasant incidents between the delegations, but it was discussed during bilateral meetings and on the sidelines,” Aslan told Sputnik.

Commenting on the proposal of the deputy AKP on the establishment of the “Islamic Peacekeeping Force,” Aslan expressed concern that such a structure, whose main task should be the fight against terrorism and assuring peace in the region, can eventually be converted into OIC’s tool for solving their internal problems.