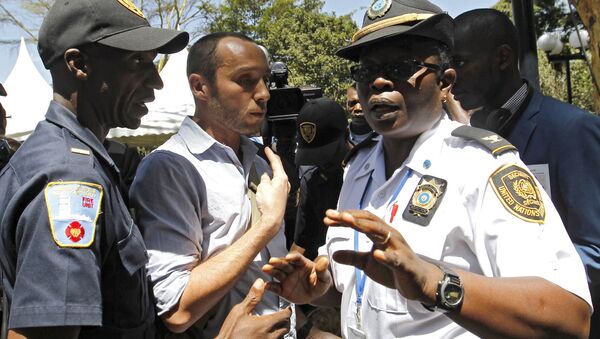 "We are concerned over the arrest of French journalist Jean-Philippe Remy and British photographer Philip Moore in Burundi. I call on the Burundian authorities to conduct their immediate release," Fabius said in a statement.

The minister added that diplomats were working on resolving the situation.

Earlier in the day, the Burundian Public Security Ministry announced the detention of 17 people in a police operation in the capital of Bujumbura. French journalist Remy from Le Monde daily and British photographer Moore were among those detained by police.

Burundi has been in turmoil since late April, after President Pierre Nkurunziza announced his bid for a third term in office, although constitutionally he had to step down after two terms. His third-term bid was followed by an attempted coup in May. At least 439 people were killed in Burundi since April 2015, according to the UN High Commissioner for Human Rights.