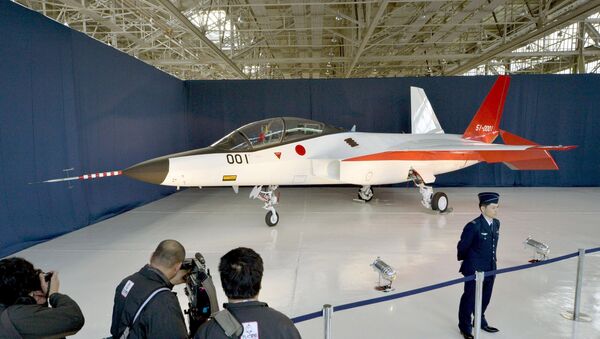 A prototype of Japan’s first domestically made stealth fighter was showcased at the Mitsubishi Heavy Industries Ltd. in central Japan.

The aircraft is expected to make its first test flight in mid-February. It will fly from Nagoya airport to a military airbase in Gifu.

The fighter is 14.2 meters long; 9.1 meters wide and 4.5 meters high. The development of the aircraft began in 2009. More than $331 million has been spent on its development.

The fighter features stealth capabilities, with the use of carbon fiber absorbing radio waves and making it difficult for radar to detect the aircraft.

Furthermore, it was reported that Japanese government has already acquired modern interceptor F-35 Raptor missiles and a troop-carrier Osprey aircraft. In addition, Japan is also testing Global Hawk drones and an Izumo helicopter.