Challenge to US Democrats: Be Better Than Obama on White-Collar Crime 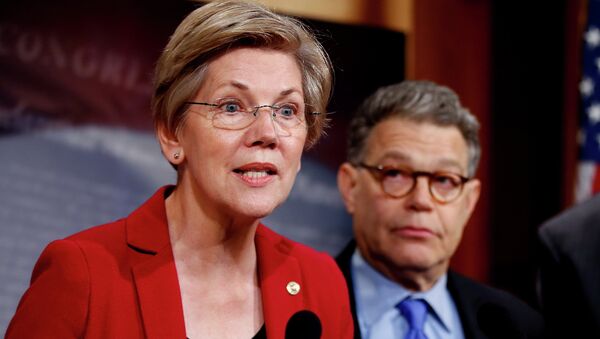 Bernie Sanders: Settlement by 5 Big Banks Consistent With History of Fraud
The challenge, released three days before the Iowa caucus is set to begin, was posted on Warren’s website. Titled, “Rigged Justice: How Weak Enforcement Lets Corporate Offenders Off Easy,” Warren highlights the most egregious cases of unprosecuted corporate crime in 2015, the Intercept reported. She noted 20 cases which she says lack adequate accountability, including the General Motors cover-up for an ignition switch defect that allegedly killed 124 and injured 275, and the largest marine pollution event in history, the BP Deepwater Horizon oil spill.

In an op-ed for the New York Times published Friday, Warren explained the report and what she would like to see happen. She urged voters to choose a candidate who will use executive powers to direct federal agencies to vigorously punish corporations for wrongdoing, with or without the support of lawmakers.

She made no direct endorsement of a candidate, however, something many voters have been anxiously waiting for, particularly Sanders supporters, as Warren’s views often align with those of the popular democratic socialist.

US Fed Losing Control Over Banks Amid Abundance of Money Liquidity

“Enforcement isn’t about big government or small government. It’s about whether government works and who it works for,” Warren wrote.

“Last year, five of the world’s biggest banks, including JPMorgan Chase, pleaded guilty to criminal charges that they rigged the price of billions of dollars' worth of foreign currencies. No corporation can break the law unless people in that corporation also broke the law, but no one from any of those banks has been charged.”

In her report, Warren pointed out that federal bank regulators had the tools they needed to stop the 2008 financial crisis, but chose not to.