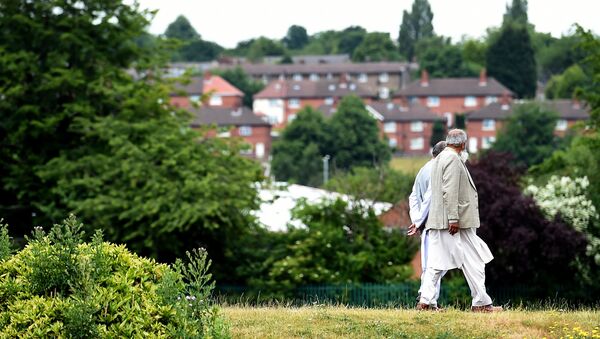 The small UK town of Dewsbury in West Yorkshire has become the capital and recruiting ground for homegrown Islamism, the leader of the Britain First party told Sputnik on Friday.

New Daesh Video Features Paris Attackers Beheading Prisoners, Threatens UK
MOSCOW (Sputnik), Alexander Mosesov — Paul Golding's party has been protesting in Muslim-populated areas across England to raise awareness of what they claim is the emergence of Islamist "hotbeds" in the country.

They now plan to march through Dewsbury, which has a considerable Muslim population, mostly of of Indian and Pakistani origin.

"Dewsbury is the ‘Islamist capital’ of Britain and has produced many terrorists and ISIS [Daesh] volunteers. We are going to Dewsbury, the beating heart of UK terrorism, to make a stand," Golding said.

The International Centre for the Study of Radicalization estimates that over 20,000 foreign fighters have gone over to fight alongside Daesh terrorists in the Middle East. Between 500 and 600 of them are British nationals.