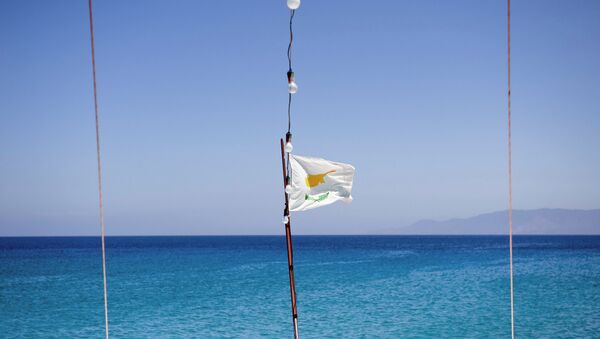 © Flickr / Kasi Metcalfe
Subscribe
International
India
Africa
The Republic of Cyprus hopes that the year 2016 could see the end to the four-decade-old partition of the island, a Cypriot lawmaker told Sputnik on Friday.

"We hope that 2016 will be the year of Cyprus, the year we have a comprehensive solution to the Cyprus problem," George Loukaides said.

He was cautious, however, in assessing the prospects for reunification, saying there were still many bumps on the road to unity.

"On one hand we are going to give all our effort to reach a comprehensive solution, but at the same time we understand that there are remaining difficulties on our road," Loukaides said, citing such outstanding issues as territorial adjustment, property disputes, security and guarantees.

UN Extends Mandate of Cyprus Peacekeeping Force for Six Months
"If we do find an honest compromise on these aspects of the Cyprus problem, then we can be optimistic that a comprehensive solution is possible," he concluded.

According to Loukaides, Turkey should prove it is genuinely interested in settling the dispute over Cyprus at the negotiating table to break the decades-old impasse.

"Without Turkey and its real will, there is no possibility for positive developments in the Cyprus problem," George Loukaides said. "If Turkey wants a comprehensive solution, they will show it at the negotiations table."

The Greek Cypriot lawmaker said Ankara was more supportive of peace negotiations over the divided Cyprus in words than in action.

"In public, the rhetoric of Turkey is fully supportive, but we need to see actions. Hopefully they support the prospective, and this will open the road to a solution," he said.

At the same time, the lawmaker stressed out that progress had been made on three key problems.

"At this point, we have some progress made in three aspects of the Cyprus problem, namely – governance and power sharing, European Union's issues and financial-economic issues," George Loukaides said, adding those aspects were almost finalized.

UN-backed reconciliation talks between Turkish and Greek Cypriots have been going on for years. They were resumed last May on the basis of a proposal spearheaded by former UN Secretary General Kofi Annan to unite Cyprus as a federation of two states.