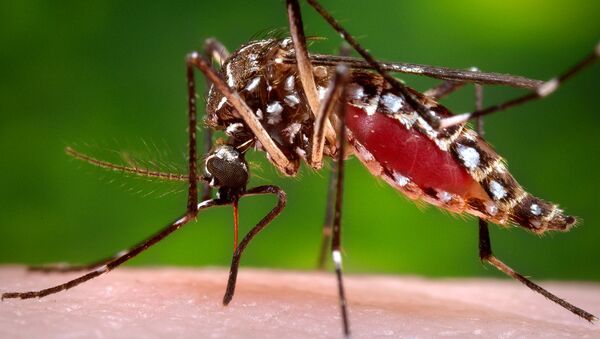 © Flickr / CDC Global
Subscribe
International
India
Africa
The World Health Organization announced that they will hold an emergency meeting next week to decide whether a global health emergency should be declared over the quickly spreading Zika virus.

Zika Arrives: US Health Agency Confirms 31 Infected People in America
In part because there is no vaccine, and the development of one is thought to be years away, a WHO scientist has further warned that over the next year, the Americas are likely to see three to four million cases of the virus, in form related to dengue fever and can cause brain deformities in fetuses.

Brazilian President Calls for Mosquito Extermination Amid Zika Virus Spread
The lack of a vaccine is the biggest threat, as we are “probably three to 10 years away, even with accelerated research,” according to the Journal of the American Medical Association.