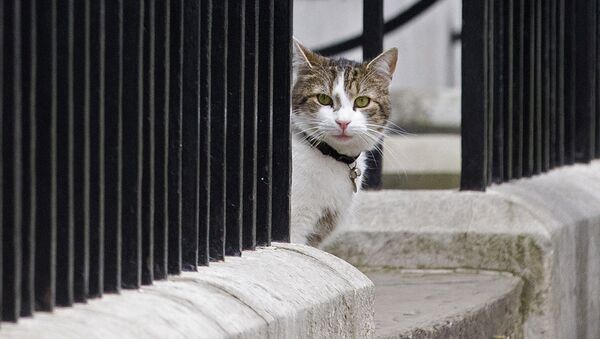 © AFP 2022 / Justin Tallis
Subscribe
UK Prime Minister David Cameron is under fire after referring to people living in Calais’ 'Jungle' refugee camp as "a bunch of migrants". Despite outrage over the remarks, many have questioned whether Cameron’s comments were deliberately used as part of a 'dead cat' strategy.

While Conservative party officials claimed Cameron’s use of the phrase "bunch of migrants" was merely a clumsy slip of the tongue, many others accused the PM of cynically using the provocative phrase to attract criticism — and in doing so drawing attention away from the discussion at hand.

The approach is known as the 'dead cat' strategy, supposedly a key tactic of Conservative party campaign chief Lynton Crosby. Cameron’s party has been accused on numerous occasions of employing the tactic.

London Mayor Boris Johnson explained that if you are being pressed on a political issue, it can be helpful to make an outrageous comment or remark – known as a 'dead cat' – which will then divert attention away from the original discussion, as everyone will be looking at the 'dead cat'.

At the time Cameron was being grilled by opposition leader Jeremy Corbyn about the UK’s recent tax agreement with internet giant Google, which has been labelled the "sweetheart deal", due to its perceived soft approach in cracking down on taxing large corporations. SNP spokesperson Alex Salmond said:

"A lot of people, including myself, have got a bit of a theory that Cameron does this when he’s trying to deflect attention from other things, because he was in trouble on the Google tax deal… So all of a sudden he comes out with this phrase. Now most stuff at Prime Minister’s Questions is rehearsed, so my charge against David Cameron is not just he’s describing people in pretty disgusting terms, but he’s doing it deliberately."

Cameron’s decision to label people living in Calais’ Jungle as a "bunch of migrants" follows on from a further scandal last year where the PM referred to refugees at the camp as "a swarm".

The PM was accused of dehumanizing the plight of refugees, while then acting leader of the Labour party Harriet Harman said Cameron "should remember he is talking about people and not insects".

Our leaders must use responsible, careful language when talking about this humanitarian crisis: http://t.co/ojES6c7GPK

The controversial comments came at a time when the government was under pressure to reverse its planned cuts to tax credits, which many argued would adversely affect Britain’s poorest people.

Another example of the alleged use of the 'dead cat' strategy was during the UK’s House of Commons vote on whether to extend their anti-Daesh bombing campaign into Syria.

On the eve of the Commons debate and subsequent vote in December, Cameron urged MPs not to vote with Labour leader Jeremy Corbyn in opposing airstrikes, labeling him and his supporters "a bunch of terrorist sympathizers".

The hugely controversial comments were widely condemned and came as increased scrutiny was being placed on Cameron’s claim that there was an army of 70,000 anti-Assad, anti-jihadist forces in Syria that would benefit from British help – a claim that was subsequently proven to be false.

The use of the 'dead cat' strategy was also widely thought to have been used by Conservative party minister Michael Fallon during last year’s election campaign, when he accused then Labour leader Ed Miliband of stabbing his brother in the back during the 2010 Labour leadership election. Fallon told the Times:

The comments inferred that Labour would be willing to join a coalition government with the Scottish National Party (SNP) and would subsequently scrap the UK’s Trident nuclear defense system. 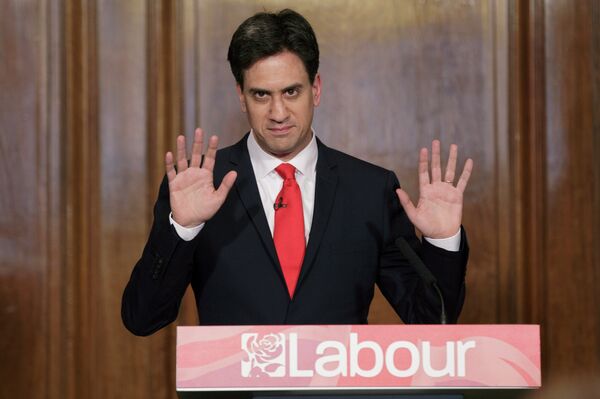 This came at a time when Labour campaigning higher than the Tories in some polls, with Miliband putting pressure on the government after announcing he would crackdown on nondomicile tax avoidance, a sore point for Cameron’s government.