Intra-Syrian Talks to Start in Geneva on Friday Afternoon 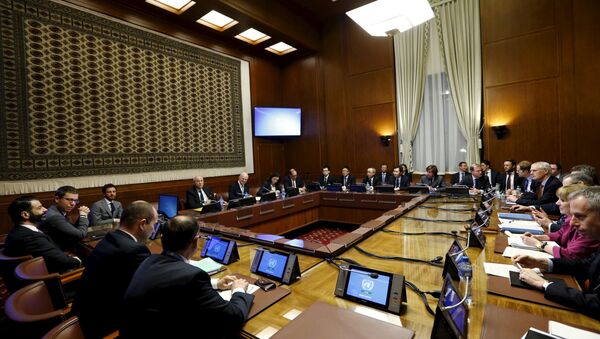 The intra-Syrian talks will start not earlier than in the second half of the day of January 29, according to a spokeswoman for the EU Syria Envoy.

De Mistura's Spokeswoman Denies Changing Intra-Syrian Talks Date
GENEVA (Sputnik) — The much-anticipated talks between Damascus officials and the Syrian opposition in Geneva are still expected to begin in the afternoon on January 29, a spokeswoman for the EU Syria Envoy said Thursday.

"The talks will begin tomorrow, as planned, unless something happens," Khawla Mattar told RIA Novosti.

"The [Syrian] government delegation will arrive [to Geneva] in the afternoon. So everything will start not earlier than in the second half of the day," Mattar said.

Meanwhile, deputy head of the Syrian opposition delegation at the talks in Geneva, George Sabra, said earlier on Thursday that the delegation would not travel to Geneva to attend the beginning of the talks on January 29 citing "obstacles that hamper the start of the negotiation process."