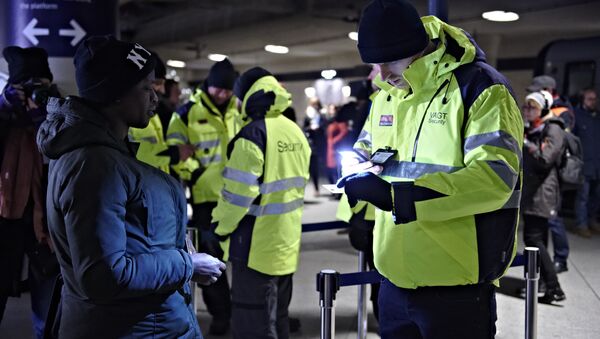 The Swedish authorities intend to expel up to 80,000 asylum seekers whose applications have been rejected, the country’s interior minister Anders Ygeman announced.

Sweden Refugee Center Worker Stabbed to Death by Migrant
MOSCOW, January 28 (Sputnik) – The Swedish government will use charter aircraft to send the migrants to the countries of their origin over several years, Anders Ygeman added.

"We are talking about 60,000 people but the number could climb to 80,000," Ygeman was quoted as saying by the Svenska Dagbladet newspaper Wednesday.

The measure comes amid amid toughening of immigration rules across Europe, including in Sweden, due to an unprecedented influx of refugees fleeing conflict-torn countries in the Middle East and North Africa.

The North European country received a total of 163,000 asylum applications in 2015 that was the highest per capita index in Europe, according to the Swedish Migration Agency.