Turkey Among Countries With Sharpest Increase in Corruption Since 2012 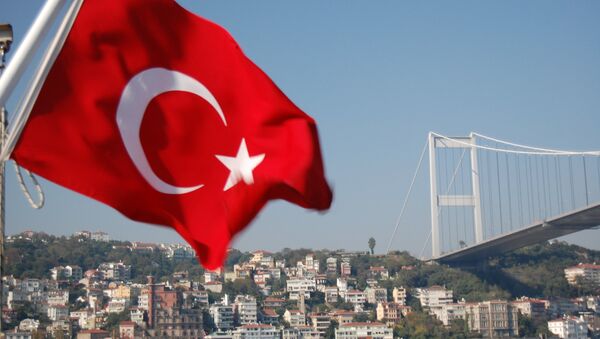 Turkey is among the countries that saw the sharpest increase in corruption levels since 2012, an anti-corruption organization announced Wednesday in a report.

MOSCOW (Sputnik) – According to Transparency International, in 2012, Turkey’s Corruption Perceptions Index stood at 49, dropping to 42 in 2015.

Other countries with worsening corruption situation include Australia, Spain and Brazil.

Turkish Newspaper Slams Media Ban on Corruption Inquiry
Spain’s 2015 Corruption Perceptions Index stood at 58, which is two points worse than the levels of 2014. In 2012, the country’s levels were assessed at 65 points.

Australia’s corruption levels also deteriorated in 2015, with the rating falling from 80 to 79.

"Also very worrying is the marked deterioration in countries like… Spain and Turkey where we’re seeing corruption grow, while civil society space and democracy shrink. "Corruption won’t be tackled until laws and regulations are put into action and civil society and the media are genuinely free," Anne Koch, the organization’s Director for Europe and Central Asia, said, as quoted by the report.

According to the 2015 Corruption Perceptions Index, Denmark, Finland, Sweden, New Zealand, the Netherlands and Norway are the least corrupt countries domestically. Somalia, North Korea, Afghanistan, Sudan, South Sudan and Angola were named the most corrupt.