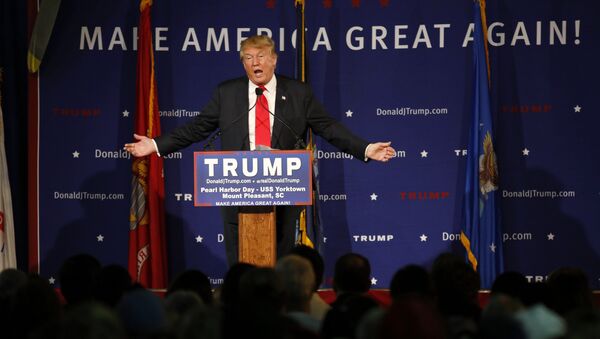 "The bourgeois democratic rights, so called, that were encoded in the US Constitution as also being racially derived rights because those rights did not apply to a black person such as myself," Dr. Gerald Horne, Chair of History and African-American Studies at the University of Houston, tells Loud & Clear.

These racist foundations upon which America were built are still being felt today, particularly in the extreme reactions from the far right to the election of Barack Obama in 2008, the nation’s first black president.

"That’s why you see this open and naked expression of white supremacy, and indeed the rise of militarized citizens militias which you now see manifesting in eastern Oregon, ruling a territory larger than the state of Massachusetts."

As evidence of white nationalist outrage, Horne also points to the mass shooting conducted by Dylan Roof in a black church in South Carolina, as well as the fact that Donald Trump is a current presidential frontrunner by harnessing racist and xenophobic fears.

"[Trump] scandalously despises and attacks people of Mexican origin, Muslims, China. It’s a very dangerous moment that we face and as of today it’s unclear where this country is heading."

Despite his concerns, Horne remains hopeful that the United Nations’ decision to investigate racial prejudice in America will offer a better future.

"The United Nations has sent a team to visit black communities in the United States … investigating the terrible human rights situation for black people and this reign of police terror," he says.

"…I expect great things from these investigations."

Horne also discusses the relationship between Cuba and the United States, which is also bound up in American slavery and the Jim Crow South. Fidel Castro’s rise in Cuba correlated with the Civil Rights Movement, and it’s impossible to completely separate the two.

"I think that you need to recognize that the socialist project became an ally of the black liberation movement in the United States of America," he says. "That is to say that historically black people in the United States have needed allies, particularly internationally, because the domestic situation has been so foreboding and so forbidding."

The recent thaw in relations between the two countries has less to do with progress, and more to do with the beginnings of a new Cold War, in which Washington fears a rising China.