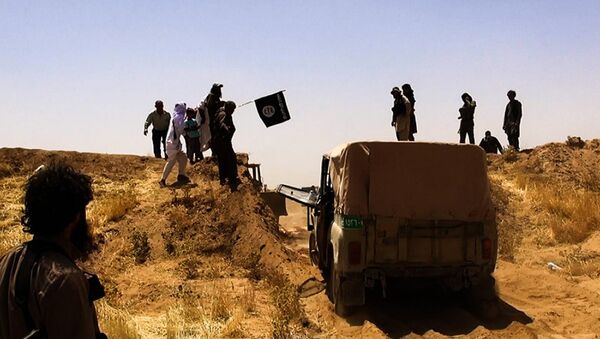 Israeli Defense Minister Calls On Turkey to Stop Funding Terrorism
Turkey tried to dismiss Russia's accusation that it funds Daesh terrorists by claiming that Russia was behaving "emotionally" after its Su-24 bomber was shot down over Syria, but the same accusations from Israel will be tougher to fend off, Iranian political scientist Seyed Hadi Afghahi told Sputnik.

On Tuesday Israeli Defense Minister Moshe Ya'alon told Greek Defense Minister Panos Kammenos in a meeting in Athens, "As you know, Daesh enjoyed Turkish money for oil for a very, very long period of time. I hope that it will be ended," reported Israel's Ynet news.

He also accused Turkey of "permitting jihadists to move from Europe to Syria and Iraq and back, as part of Daesh's terrorist network, and I hope this will stop too."

On Wednesday Seyed Hadi Afghahi, Iranian diplomat and expert in Middle Eastern affairs, told Sputnik that it is time for Turkish President Reccep Tayyip Erdogan to make good on his promise to resign, since Israel has now also shown itself to have proof of the government's collaboration with the terrorist group.

"Today we see that it is time for Erdogan to resign, because the defense minister of one of Turkey's closest partners and traditional allies in the region, who has access to classified military information with all the details about the situation in Syria, says that Israel has proof of Turkey's cooperation with Daesh, including that Ankara buys stolen oil from them."

Afghahi highlighted two factors why Israel has decided to take a strong position on Turkey's assistance to terrorists.

"Firstly, Tel Aviv clearly understands that today Turkey is in deep crisis, both economically and politically, especially after Russia imposed sanctions against Turkey and the reputation of President Erdogan was seriously damaged."

By speaking out, Israel is probably seeking to put pressure on Turkey to give it more intelligence information with which it can counter Daesh and similar Islamic terrorist groups, Afghahi said.

"It is advantageous and necessary for Israel to have close mutual relations with Turkey in order to get important information."

"Secondly, economically, Turkey on the contrary needs Israel, as a trading partner and market for agricultural products that it used to sell on the Russian market," Afghahi said.

Russian Actions in Syria Cause Daesh to ‘Lose Foothold for First Time’
"In general it can be concluded that the latest statement by Moshe Ya'alon is connected to questions of security, exchange of information, military strategy, and also psychological pressure on Turkey, which has to answer these statements, and not stay quiet."

"After all, if proof of Moshe Ya'alon's statements can be presented, then at the least President Erdogan has to resign."

"When President Putin made similar statements Turkey denied everything on the basis that there used to be hostile relations and wars with Russia. But this time the accusations are from a country with which Turkey would like to improve relations."

"All these circumstances have forced President Erdogan into a corner that he can't easily get out of. So we all need to wait and see what kind of reply Turkey will give to these statements from the Israeli defense minister."