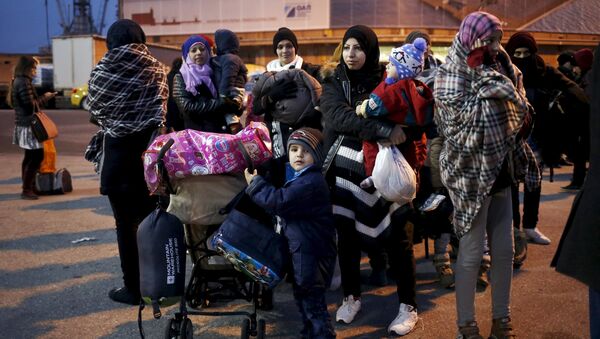 Frans Timmermans, the first vice president of the European Commission, has said that 60 percent of so-called refugees arriving in the EU are economic migrants not fleeing persecution or warzones and are not entitled to asylum.

His comments — based on statistics from the EU border agency Frontex — once again hammer home the chaos of the refugee crisis in Europe, with many countries unable to process the sheer volume of those seeking asylum and a very low level of deportation of economic migrants.

"More than half of the people now coming to Europe come from countries where you can assume they have no reason whatsoever to ask for refugee status. More than half — 60 percent," Timmermans said.

He said most were from Tunisia, Morocco, Kosovo, Nigeria, Albania and Pakistan — none of which make them eligible for asylum status as genuine refugees.

Those at Calais are economic migrants not fleeing conflict and 6 out of 10 entering EU are not ' fleeing' https://t.co/BftMCbNQIQ

EU member states have been struggling to deal with the migrant crisis, which has developed over several years, but came to a head in 2015 when the floodgates were opened after German Chancellor Angela Merkel declared her country's doors open to refugees.

According to her own interior ministry, the majority of the 1.1 million migrants in Germany are genuine refugees from war-torn nations such as Syria, Iraq and Afghanistan and are therefore eligible for asylum. However, she is facing increased criticism for not putting a cap on the number accepted as well as for presiding over a chaotic bureaucracy that is failing to deport — in sufficient numbers — those refused asylum.

Meanwhile, a plan by Jean-Claude Juncker, the European Commission President to relocate 160,000 refugees in Italy and Greece has stalled because of a lack of resources to process the migrants — and determine their asylum status — has stalled. Only around 200 have been relocated.

Timmermans said an EU scheme to deport failed asylum seekers had also collapsed into chaos, after it emerged only 683 people have been deported from Europe so far — including 153 from Italy, but none from Greece — the two countries which bore the brunt of the initial flights across the Mediterranean in search of refuge.

Robert Fico, the Slovakian prime minister, said the EU is committing a "ritual suicide" by letting in so many people, condemning Juncker's plan for a mandatory quota system to share out migrants as "nonsense" and a "complete fiasco."