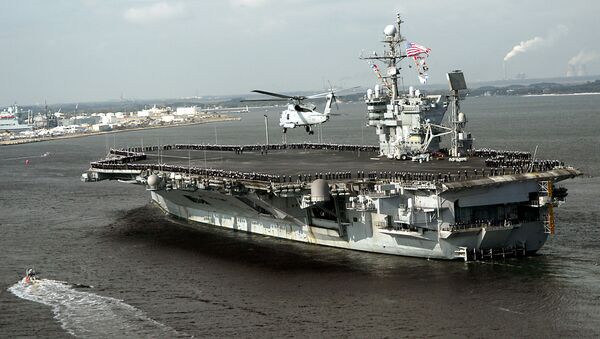 © AFP 2022 / US NAVY/PH3 Joshua Karsten
Subscribe
The US navy is facing a fight to keep its aircraft carriers relevant in the face of anti-ship weapons that pose a threat from all angles, US magazine National Interest advised.

Misery Loves Company: Second Newest US Navy Ship Breaks Down in One Month
The US navy has begun to take steps to keep up with new threats to its aircraft carriers, which these days are coming from ever more sophisticated anti-ship weapons that can attack from locations on land, in the air and under the sea, Harry Kazianis wrote in the National Interest on Monday.

Kazianis cited reports in recent years that reveal the US navy's decreasing numbers of aircraft carriers, and increasing cost of deployments due to overworked ships and unplanned maintenance.

In November 2014, 11 members of the US Congress wrote to then Secretary of Defense Chuck Hagel, complaining, "As Rear Admiral Moore has phrased it so starkly, we're an eleven carrier Navy in a 15 carrier world." 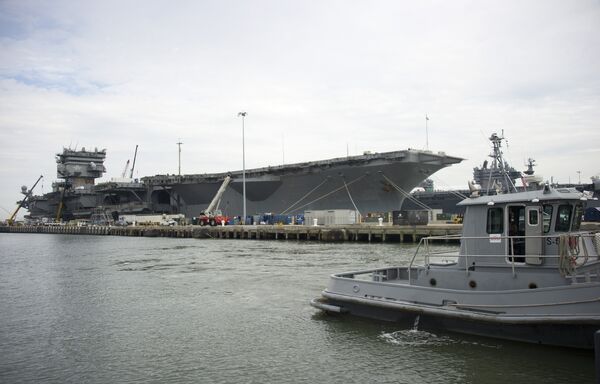 The Navy aircraft carrier USS Enterprise rests at the pier as it is gutted before being official decommissioned at Naval Station Norfolk in Norfolk, Virginia, May 8, 2013, during the Department of Defense's tour deemed Navy 101
© AFP 2022 / JIM WATSON

In October last year a report by US naval expert Jerry Hendrix of the Center for New American Security warned that US warships are in danger of becoming ineffective because rival countries are building technology capable of sinking the carriers, forcing them further from the shore and even beyond the range of the aircraft the carriers hold.

"American power and permissive environments were assumed following the end of the Cold War, but the rise of new powers, including China and its pursuit of anti-access/area-denial (A2/ AD) strategies and capabilities to include the carrier-killing 1,000 nautical mile (nm) range Dong Feng-21 anti-ship ballistic missile, now threatens to push the Navy back beyond the range of its carrier air wings,” wrote Hendrix.

"This push back would limit the service’s ability to project power and thus undermine the credibility of the United States and the effectiveness of the global international system of governance that it, in conjunction with its allies and partners, has labored to build over the past 70 years." 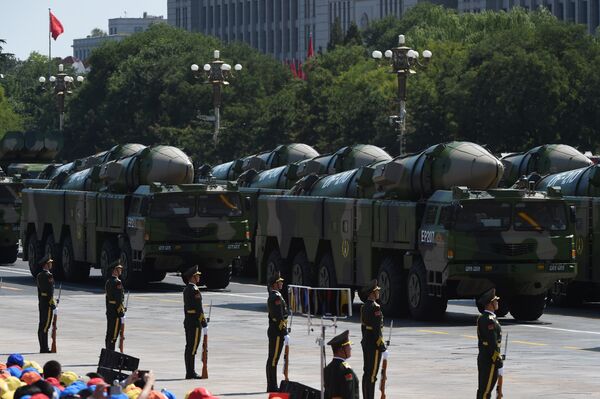 Military vehicles carrying DF-21D missiles are displayed in a military parade at Tiananmen Square in Beijing on September 3, 2015, marking the 70th anniversary of victory over Japan and the end of World War II
© AFP 2022 / GREG BAKER
In National Interest, Harry Kazianis found some cause for optimism among the tribulations of the US carrier fleet, focusing on the recent test of the Nulka active missile decoy, which was fired from the USS Dwight D. Eisenhower during sea trials in the Atlantic Ocean in mid-December.

"The Nulka system – designed to defeat anti-ship missiles – is certainly nothing new and has been used on other U.S. naval vessels for several years. But adding it to America’s carriers who are under threat from ever sophisticated anti-ship weapons being fired from locations on land, under the waves and in the air seems a very smart and timely idea," Kazianis wrote.

"Considering the importance of America’s carriers – and the resources being placed into the next generation of flat tops—Washington has every reason to make sure they are not sitting ducks on the high seas … Let’s just hope such efforts are sustained," Kazianis concluded.