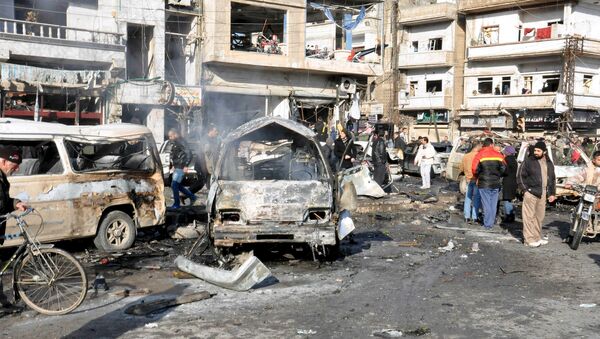 Two explosions in the Syrian city of Homs left at least 22 people dead and another 100 injured, a source in the Syrian Popular Committee said Tuesday.

“Terrorists detonated a mine-laden vehicle at the corner of Sittin Street in the az-Zahra block. Just as soon as people began to gather to help the injured, a suicide bomber blew himself up. According to preliminary information, four people were killed and 15 were injured,” the source told RIA Novosti.