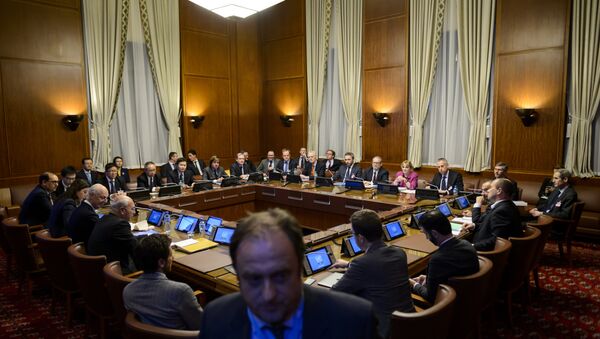 Switzerland confirmed that representatives of the moderate Syrian opposition would be granted the right to enter the country to take part in Geneva peace talks.

Syrian Politician Says Representation at Geneva Talks Must Be Balanced
GENEVA (Sputnik) – Switzerland's Foreign Affairs Department confirmed Tuesday that representatives of the moderate Syrian opposition would be granted the right to enter the country to take part in Geneva peace talks.

"Yes, this is true. Switzerland is helping to organize intra-Syrian negotiations held by the UN. Therefore, we have allowed entrance into Switzerland to all delegations invited by the UN," department spokesperson Jean-Marc Crevoisier told RIA Novosti.

Crevoisier did not specify the number of delegations representing the Syrian government and the opposition, which should arrive in Geneva on Friday to take part in the much-anticipated intra-Syrian talks on Syria's civil war settlement.

In December, the UN Security Council adopted a resolution on Syrian settlement, which reaffirmed the goals of the Vienna agreements to bring the entire spectrum of political groups in the crisis-torn country to the negotiating table and stated that the next round of the talks would take place this month.