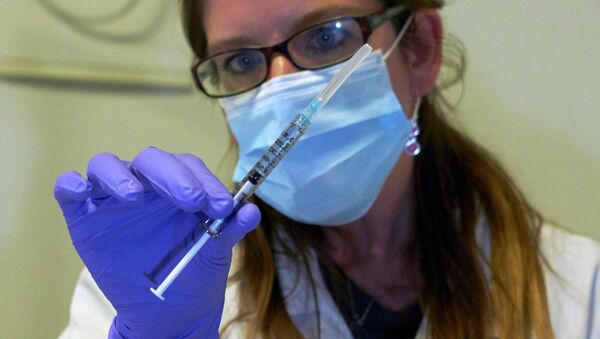 The Puerto Rico Health Department confirmed that the Puerto Rico has 19 cases of the mosquito-born Zika virus, which is believed to cause serious birth defects if contracted by pregnant women.

WASHINGTON (Sputnik) — The US territory of Puerto Rico has 19 cases of the mosquito-born Zika virus, which is believed to cause serious birth defects if contracted by pregnant women, the Puerto Rico Health Department confirmed on Tuesday.

The US Centers for Disease Control has stated there are serious birth defects of the brain called microcephaly as well as other poor pregnancy outcomes in babies of mothers who were infected with the Zika virus. The Zika virus can be spread from pregnant women to unborn babies.

Zika Virus Likely to Spread Across Americas - WHO
Puerto Rico epidemiologist Brenda Rivera said the majority of cases are in the island's southeast region, according to a separate report on Fox News. None of the victims were pregnant and that many of were elderly, Rivera added.

The mosquito-borne disease has raged in South America and other regions for several months. Twenty one countries and territories of the Americas have reported cases of the virus since May 2015, the World Health Organization’s (WHO) regional office for the Americas said in a statement on Tuesday.

The WHO added that the disease is expected to spread to all but two nations in the Americas — Chile and Canada.