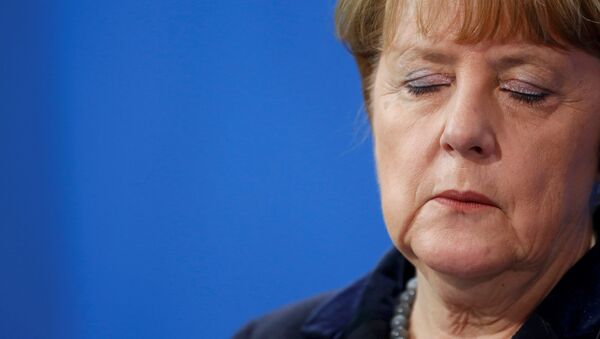 German Chancellor Angela Merkel is becoming increasingly isolated within Europe as well as within her own party as the EU struggles to cope with the refugee crisis and limps from panic to panic within the Eurozone.

Ticking Clock as Merkel Summoned to Bavaria Amid Party Refugee Rift
Merkel celebrated ten years as Chancellor last year and has been the leader of her Christian Democratic Union (CDU) for 16 years. During that time, she has dominated EU politics and enjoyed considerable popular support at home. She was seen as unassailable.

Yet today she stands an increasingly lonely figure – both within Germany and the EU. She became Germany's first female Chancellor at the head of a grand coalition consisting of the CDU, its Bavarian sister party, the Christian Social Union (CSU) and the Social Democratic Party of Germany (SPD). In the subsequent two general elections, she consolidated her position.

Now, however, she is increasingly marginalized. Her Bavarian sister party, the CSU is led by Horst Seehofer, who has been severely critical of Merkel’s 'open doors' policy on refugees. His southern German state has borne the brunt of the refugees flowing through Hungary and Austria having used the West Balkan route to fell Syria, Iraq, Afghanistan and refugee camps in neighboring states. 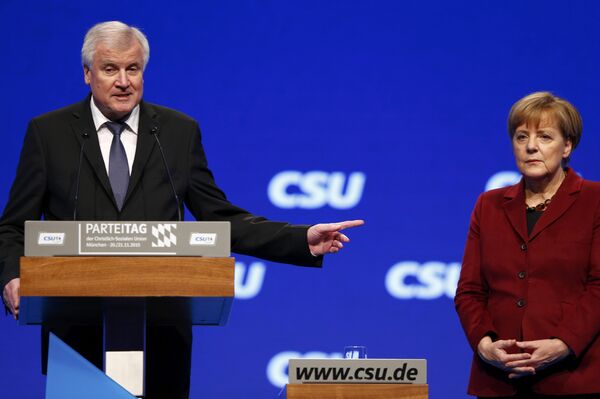 At the annual congress of his CSU party Seehofer made the German leader look like "a schoolgirl", according to local media. In a 13-minute tirade, he lambasted Merkel over the handling of the refugee crisis, demanding she set a limit on the number of asylum-seekers the country would accept.

Meanwhile, she has come to blows with her CDU/CSU coalition partner — the Social Democratic Party of Germany (SPD) led by Sigmar Gabriel. 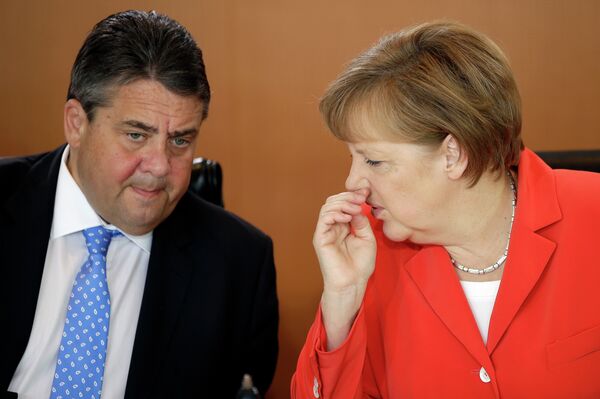 He rebuked Merkel for trying to set up transit camps for refugees that he said were akin to concentration camps. He also berated her for the slow response of the federal government is responding to the sheer volume of refugees entering Germany.

Meanwhile, abroad, she is losing political value within Europe. Many EU states – especially those in Eastern Germany – have blamed her 'open doors' policy for precipitating the huge diaspora. Many have slammed Merkel’s idea of mandatory quotas of refugees for each member state.

Meanwhile, politically, she is losing allies. She was seen as the leader of the wider center-right Christian Democrat movement in Europe – most notably among the European People's Party (EPP) – the alliance within the European Parliament.

Center-right parties have lost power in many recent elections. The Greeks chose a left-wing government a year ago. Portugal eventually emerged from its recent election with a left-wing coalition. Poland elected a right-wing nationalist government and the jury is still out in Spain where Prime Minister Mariano Rajoy's center-right People's Party (PP) had its worst vote-crash in years.

Merkel increasingly cuts a lonely figure both at home and abroad. In her own political twilight, she is presiding over an uncomfortable coalition at home and is facing her worst nightmare: the possible break-up of her beloved EU.