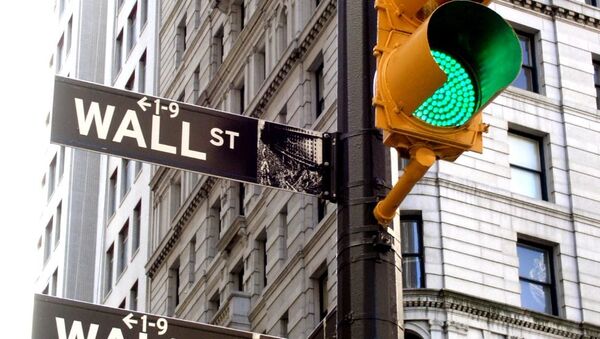 The Federal Reserve raised US borrowing costs in December in a move that was followed by massive volatility on Wall Street; while the broader economy is slowing, the regulator might postpone further hikes or review its concept of monetary policy completely.

Kristian Rouz — As the US Federal Reserve starts its routine meeting on monetary policy on Tuesday, an unlucky combination of recent developments in the markets and the broader economy might suggest the regulator is likely to review its approach to monetary policy. One reason is the widespread awareness in the markets and among the broader public in the US and elsewhere that December's decision either triggered or coincided with a subsequent meltdown in high-yield debt, stocks and select sectors in the real economy. Additionally, the dollar's strength and weak inflation, which stem from the Fed's inability or unwillingness to address these issues, have slashed earnings in corporate America and affected consumption in a negative way, undermining the very foundations of economic growth in the US.

After the US Fed lifted base borrowing costs from 0-0.25% to the current 0.25-0.50% on 17 December, the economic environment home and abroad underwent substantial changes. Oil prices crashed (16%) along with Asian financial markets, sending echoes across the globe, including in the US. The junk bond collapse, which was interconnected with cheap oil and disinvestment in shale small caps, preceded a massive bloodbath on Wall Street in early January, when US stocks slumped 8-12% in a matter of two weeks. US consumption, albeit still robust, underperformed during the holiday season, while corporate America felt even less comfortable in Q4 amidst ever-lowering earnings on the international markets.

However, the next round of monetary tightening, a further rate hike which is expected to take place in March, hasn't been ruled out entirely thus far. On the other hand, the Fed's initial planning for four consecutive hikes in borrowing costs throughout 2016, may not turn out viable.

Wall Street Bleeding: Oil, Fears Spur Manic Depressive Bear Market in US
The US economy, having added some 2.2% in 2015, rose by only an annualized 0.8% in Q4 that year, according to preliminary estimates. That said, slowing growth means the Fed cannot afford any substantial tightening in monetary conditions if they want to avoid a recession. The US Department of Commerce is due to release Q4 growth figures Friday, and they are likely to reflect that slowdown officially.

There is a brighter side the Fed might want to consider. Fixed-asset investment and household spending in the US have been rising steadily throughout 2015. On the other hand, the US government's presence in the domestic economy is increasing, effectively pushing private sector investment out of the real economy into the financial markets, while US consumption is losing momentum.

Inflation figures are yet another concern. The economy is balancing on the edge of disinflation, potentially undermining effective consumption, driving some 72% of the US GDP. Prices added an annualized 0.4% in November, far below the Fed's 2% target. The renewed crash in oil prices exacerbated disinflationary tendencies, meaning the US core price index might easily halt at near-zero.

"I would expect a statement that is perfunctory," Robert Eisenbeis of the Sarasota, FL-based Cumberland Advisors Inc. "They (the Federal Reserve) will say no move. They are waiting for signs of evidence of a pickup in inflation and are monitoring international and financial market developments."

Black Gold's Not-Too-Distant Future: Is Another 'Big Oil Shock' Looming?
Should the US economy slide into a recession (meaning the economy would shrink in Q1 and Q2 2016,) Fed tightening measures will eventually be proven wrong. However, macroeconomic fundamentals hardly suggest such an outcome, and, besides, it is still a distant perspective: the move on rates in expected to be decided upon in March.

A calm after the storm on Wall Street, with the broader economy braking to about 1% growth, and low unemployment, supporting weak inflation enough to stave off disinflationary risks is a more likely scenario. Yet, should it come true, the Federal Reserve will be able to afford only one or two further rate hikes in 2016. Whether that will be enough to cool the potentially bubbling banking sector (the buoyant credit segment, in particular), is unclear.

A more optimistic outlook, suggesting an acceleration in the US economy, pushing inflation up with unemployment falling further, might provide enough room for the Fed to raise borrowing costs by 1% by the year's end. However, this is a rather  unlikely outcome, as it would require a substantial decline in overseas risks, which are out of the Fed's reach, and a pickup in global economy pushing commodity prices higher.