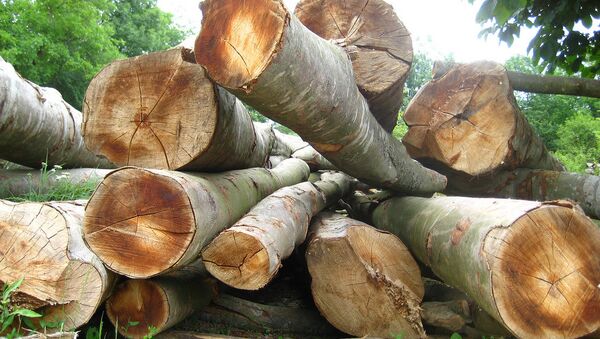 TOKYO (Sputnik) — According to the Japanese publication Nikkei Asian Review, Iida Group has recently acquired 25 percent of Russia's forester Primorsklesprom shares for 500 million yen. In 2016, the holding company plans to start the production of wooden houses and the construction of a wood processing plant near Vladivostok in Russia.

The lumber is expected to be partly delivered to Japan, according to the media outlet.

Iida Group is also planning to enter markets of the United States, China and Southeast Asia.

According to the newspaper, the Japanese company aims to boost overseas sales due to decreasing domestic demand.