Zika Virus Likely to Spread Across Americas - WHO 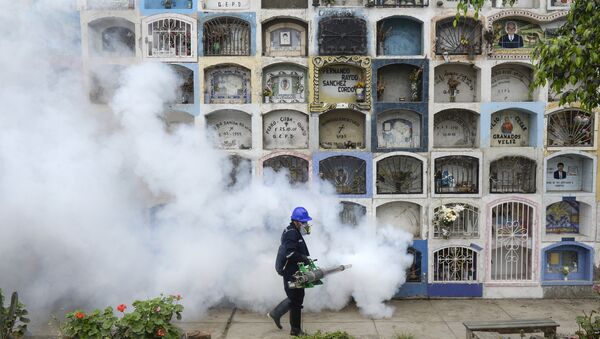 The Zika virus, for which there is no vaccine, is likely to spread across Americas, the World Health Organization said Monday.

Two New Confirmed Ebola Cases Prove Virus in 2nd Generation
MOSCOW (Sputnik) – According to the BBC, citing WHO, the disease has already been found in 21 countries in the Caribbean, North and South America. Its symptoms include mild fever, conjunctivitis and headache.

Women in some affected countries have been advised against falling pregnant, as thousands of babies have been born with undeveloped brains due to the disease, according to the British broadcaster.

The Zika virus was first detected in 1947 in monkeys and Africa, and has caused several short outbreaks in Africa, Asia and the Pacific Islands.

In 2015, the Zika virus has started spreading through Brazil, leading to several deaths and hundreds of cases of micro-encephalitis, an inflammation of the brain that affects the growth and development of the fetus. Large numbers of mosquitoes are carrying the Zika virus.