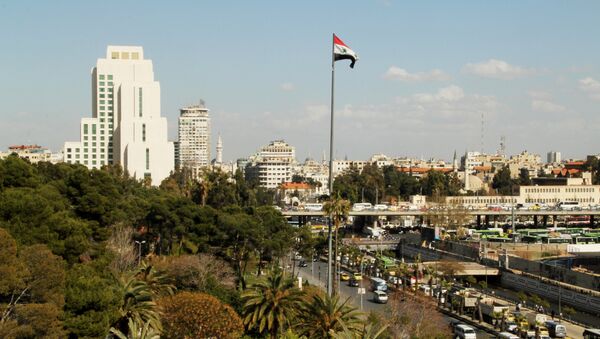 Organization for Democracy and Freedom in Syria founder Ribal Assad claims that the Intra-Syrian talks convened under the auspices of the United Nations are allowing regional powers to install representatives of their own interests, not those of the Syrian people.

WASHINGTON (Sputnik), Leandra Bernstein — The Intra-Syrian talks convened under the auspices of the United Nations are allowing regional powers to install representatives of their own interests, not those of the Syrian people, Organization for Democracy and Freedom in Syria founder Ribal Assad told Sputnik.

On Monday, members of the President Bashar Assad government and opposition groups, brought together under the UN’s Geneva process, were scheduled to meet to begin reconciliation talks. The talks were delayed over issues of inadequate representation among government opposition groups.

Ribal Assad, a cousin and political opponent of the current Syrian president, explained that the UN sponsored Intra-Syrian talks have been "completely exclusive."

The process has been designed around the interests of regional powers, Assad noted, "promising them that they will have their people in power, and the next government in Syria will include all of their factions."

Syrian Peace Talks Should Go in Parallel With Fight Against Terrorism
Among the groups excluded from the talks are the National Coordination Committee, the Syrian National Democratic Council, Building the Syrian State. Moreover, Turkey has strongly opposed the inclusion of the Kurdish Democratic Union Party (PYD) in the reconciliation talks.

"It is a joke," Assad added, noting such an arrangement among international players will ensure that "everyone will have a say in Syria except the Syrians."

Islamist groups like Jaysh al-Islam, Ahrar ash-Sham and the al-Nusra Front, should not be included in the talks, despite taking up arms against the Daesh, Assad warned.

UN Special Envoy to Syria, Staffan De Mistura announced that the Intra-Syrian talks would likely convene by the end of January. The talks are expected to go on for six months with the aim of establishing a political transition in Syria.