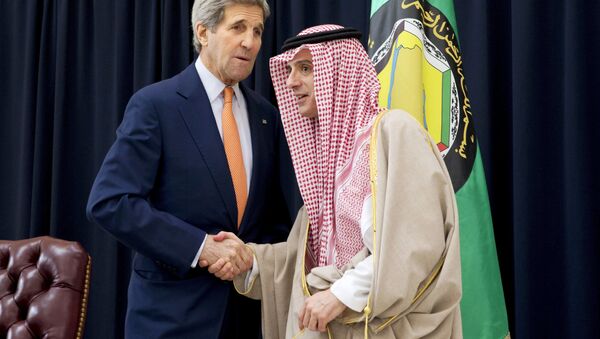 Kerry Confident Syria Talks to Proceed After Meeting With Gulf Arab FMs
MOSCOW (Sputnik) — On Saturday, Kerry arrived in Saudi Arabia to discuss bilateral and regional issues with the country's senior leadership, as well as the foreign ministers of the Gulf Cooperation Council states.

He added that Washington would continue its work in the region with its friends and allies to bring stability and prosperity to the Middle East.

"We have as solid a relationship, as clear an alliance, and a strong friendship with the Kingdom of Saudi Arabia as we ever had, and nothing has changed," Kerry said, as quoted in a statement released by the US Department of State.

Riyadh is the key Washington's partner in the region. The two countries actively cooperate in the spheres of energy and security. Saudi Arabia is one of the major oil exporters to the United States, at the same time Riyadh is one of the largest importers of US arms in the world.