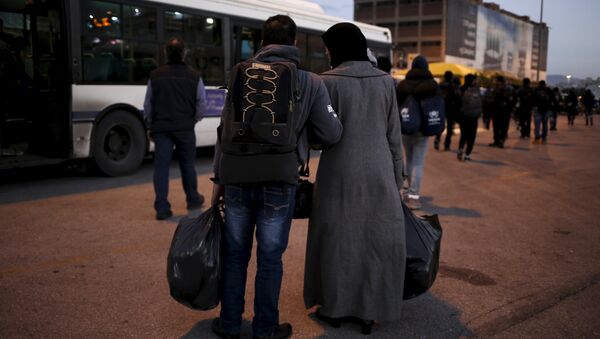 The settlement of the ongoing migrant crisis should be jointly established and agreed on the EU level, Sweden's Prime Minister Stefan Lofven said.

MOSCOW (Sputnik) — It is not enough to provide refugees with shelter, but education and employment should be managed properly, the minister added.

"We have to find a way to cooperate, finally it is about shared responsibility. If we share responsibility we can handle it," Lovfen said in an Saturday interview with the Euronews TV channel.

The recently introduced restrictive measures are the consequences of the European failure to jointly and properly tackle the crisis as cohesion to get the situation under control "was not really recognizable in Europe," Lovfen said.

Europe is struggling to find a solution to a massive refugee crisis, with hundreds of thousands of refugees fleeing conflict-torn countries in the Middle East and North Africa. Many of them seek to reach wealthy European states, such as Germany, Austria and Sweden.