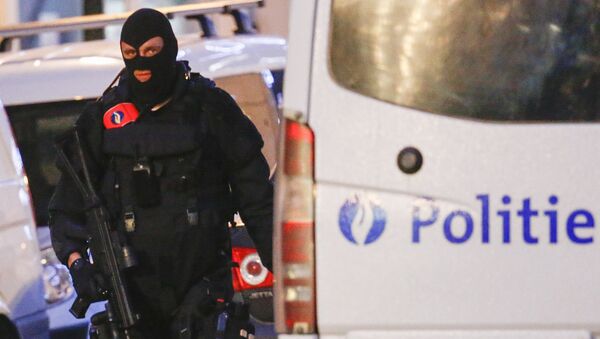 Terrorism is a problem for the whole international community not only for Belgium, Belgian Justice Minister Koen Geens said Saturday.

BRUSSELS (Sputnik) — On Friday, Belgian authorities charged the 11th person with terrorist offenses over the deadly November attacks in the French capital. The person was arrested on Wednesday in the Brussels district of Molenbeek, which is home to an ethnically diverse population, and where several terrorists have already been detained.

"We are not facing a small club of Belgians, Brussellians or residents of Molenbeek, who are involved in terrorist activities. It is a global problem," Geens said, as quoted by the Belgian La Derniere Heure newspaper.

He added that terrorism related to such groups as al-Qaeda or Daesh, which is prohibited in many countries, including Russia and the United States, was not over.

On November 13, a series of terrorist attacks in Paris claimed the lives of 130 people. The Daesh group claimed responsibility for the attacks.

Belgium remains on high terror alert since the terrorist attacks in the French capital. Following the attacks, Belgian police carried out a series of anti-terrorist operations.